The thing is, I'm really quite a potato couch adventurer, and the world of wine allows me to explore the world from the safety of my home, sipping a bottle wine, reading up on it and writing my tasting notes.

Jura had fascinated me years before I ever actually tasted any of its wines. The notion of those remote, mountain vineyards really captured my imagination and appealed to my notions of romance. I finally tried a Tissot Poulsard last year, so consider me a pioneer at last finding his homestead. I can't say I really came to grips with it - it was too tart, pungent and funky even for my catholic tastes - but at least the experience allowed me to recognize the name when Giaconda started importing them.

Just saying I was looking forward to drinking my way through a few bottles.

Comprised of Pinot Noir, Polusard and Trousseau, this isn't overly complex or anything like that, but shows very pretty aromas of strawberries, citrus fruit, chalk and brioche, and very dry, palate cleansing flavors. Really not the type of sparkling wine for anyone looking for a sweetish lounge drink, so you can guess I like it, the saline enfant terrible. Passes the "how does it compare to a decent non-vintage Champagne" test, except it's leaner. (Jun. 19, 2014)

I'm not familiar with the Traminer grape. If the name implies any relationship with Gewurztraminer, then the affinity is only apparent in a certain spiciness on both nose and palate. Otherwise, it makes a small scale, albeit pretty, impression with a meager tool set, just grapefruit and said spiciness. (Jun. 21, 2014)

130 NIS. Pricey for what it is, and not compelling enough for a full evening's worth of entertainment.

The nose is ashes and salted nuts, baked apples, mushrooms, lightly oxidative. It's provocatively interesting, but rough and not for the faint of heart, and the palate continues in the same vein. It reminds me more of a Savennieres a la Nicolas Joly than any Chardonnay mindful of the Burgundian ideal - well, it's also reminiscent of Meursault, but a Meursault directed by Terrentino. (Jun. 22, 2014)

Another Bourgogne Crown tasting, this time loosely based around the theme of feminine Cote de Nuits (Chambolle, Vosne) versus the more masculine ones (Gevrey, Morey). Except for the Chassagne appertif and the the Chapitre, these wines were opened in the morning of the tasting, so you have to figure they all need a few years of cellaring.

The Gevrey-ness perfume jumps out of the glass, gamy and earthy, lightly floral, quite tannic despite the lengthy airing, yet with no little elegance. The airing also brings out a lot of detail. Lovely. 280 NIS.

A 'heavier' nose than the Serafin, not as giving or complex now either. The fruit is present, but with little detail. Aired as much as the Serafin, so perhaps the air was too much in this case. At any rate, in need of time. 270 NIS.

The manliest of the Gevreys, without any loss of finesse and elegance. A deep wine. Gamy, sweaty and mineral laden. Full of flavors, yet the backbone is streamlined and focused. A good example of why I love the Maison. 340 NIS.

Intense mildew over the red fruit, yet that pungency is handled with a light touch and sheer elegance. Very long. This is famous for being one of three 'generic' Bourgognes legally allowed to use a single vineyard designation and it drinks like a Premier Cru. 375 NIS.

Heady, like sticking your head into a bouquet, yet delicate and feminine for all that. Very fresh with a very good backbone. 500 NIS.

Not feminine so much as hedonistic, although when I say that I mean Roman Empire hedonistic as opposed to Wall Street hedonistic, since the character of 2010 gives the liqueur driven hedonism a Jedi Knight mystique. Fantastic acidity, too. 435 NIS.

Very Vosne, very 2011. Yet there is also a flowery Chambolle essence. Very layered, but like all the Bizots I've tasted, the low ABV creates a somewhat alient impact. Even my palate is not quite used to such low alcohol content. Yet the acidity and fruit are so savory, I love it without quite knowing why. 560 NIS.

The first impression is that of great length. And that's all there is for a while until the Vosne character takes time to show. It's very Burguet, yet true to Vosne. Very tart with a soft yet controlled backbone. 590 NIS.

TCA tainted. There's great stuff in there, a great wine in the making, but the TCA ruins it, which isn't the wine's fault fault, of course. Although the concentration of the fruit does manage to do a very admirable job in covering up the cork taint. 790 NIS.
Posted by 2GrandCru at 12:00 AM No comments:

The thing about vacations is, sometimes you drink wines you pass by back home. Necessity is the mother of inventions, y'all. Bear with me as I walk you through some snapshots from a romantic getaway up north.

First, a very nice wine I should have tried at home, had I taken the trouble.

The local depiction of the grape is, happily, not as intense as the Alsatian version. There is bitter grapefruit and rose petals and a well measured pinch of spice, all without the crushing backbone of mustard-like extract that time never manages to temper in the aristocratic Alsace crus.

Then, a bottle from a winery I've been avoiding for the last half decade.

70% Petit Syrah, 20% Sauvignon and 5% Syrah probably approximate Hemingway's personality, as the wine is sturdy, yet soft, with a faux pas manliness delineated by sweet black cherries and leather. Impressive at first, then gets on my nerves. 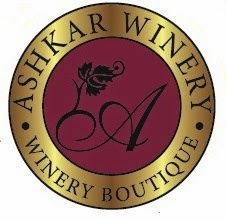 Finally, this is one wine I actively sought out and it's spellbindingly unique.

Like the cat piss without the gooseberry bush at first, until the fruit starts to bloom, saline and intense, to welcome effect. There is nothing like it locally, if indeed anywhere. I truly loved it, and while I'm sure afficionados of correct wines would disapprove, I totally welcome it into my world.

A broad, rich, peppery nose, gaining nuances of minerals in time, with fruit across the street from mango and right next door to lime. The aromas are echoed on the palate, which is also broad and rich; and - while tasty with a long, persistent, complex finish - doesn't have the wow factor or finesse I look for in a 1er Lage . Worth the price, though. (May 1, 2014)

I don't own a lot of Matrot whites, but even if I did own a whole bunch of them, I wouldn't open any in a hurry - because if a simple Saint Romain plays so well at five-six years post harvest, then the entire lineup is probably very cellar worthy. It could be performing better, mind (and I do believe the '07 would leave it choking on its exhaust fumes) but this is  what a subtly mature white Bourogne is all about, one aspect anyway: green apples, flint and dry grass on the nose - savory acidity to complement your meal on the palate. (May 4, 2014) 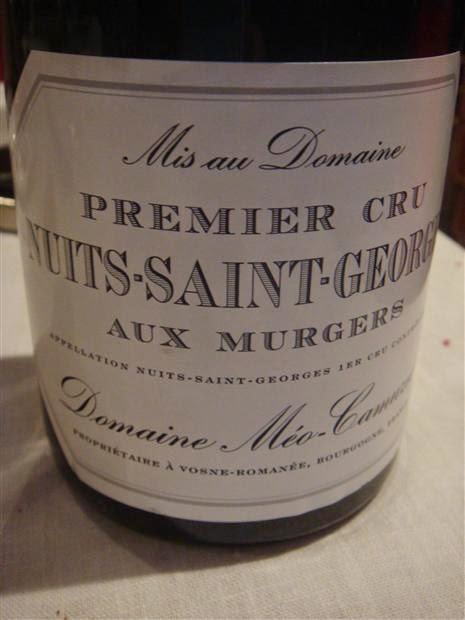 Expansive, detailed and rich, while still within the classic Bourgogne paradigm of lithe, supple wines - this is the Meo-Camuzet style (when it works!), as I've  come to know it over the past five years. There's more black fruit than I find in my usual go-to producers, but this is hardly over-ripe and there's plenty of Nuits earthiness and Vosne spices to keep me happy. The tannins are bitter but almost seamless, which for me is a drawback, as I like my Burgundies to snap with love bites, but this is a worthy Premier Cru. (May 6, 2014)

This is the sister cuvee to Amirault's Bourgeuil La Coudraye, and it seems deeper and more serious. It shows red fruit, violets, earth and lead pencil, a very classic little wine, still stern, and not quite as easy going and tasty as the Coudraye. (May 8, 2014)

Ooh la la, Lallement again. I just love this wine, with its funky character, all chicken broth and cashews framing vaguely citrusy fruit, with more depth and complexity than a non-vintage has a right to possess. I love it so much that I went through my entire, not-in expensive, three bottle stash within half a year. And would do so again, just as soon as Eldad Levy brings in more. (May 9, 2014)

This is very Cote de Beaune in character, friendly red fruit with a pungent, earthy note. Due to the bass toned acidity of the 2009 vintage, most of the freshness and charm lies in the complex aromatics, and the previous bottle was livelier, but all in all, this is a lovely effort and I have great expectations of the 2010. (May 10, 2014)

Basically, it almost figures Gabi Sadan would come up with a spicy, kick-ass Chenin that leans more towards the dry, combustive minerality of Savennieres rather than the more fluid Vouvray. I hope he tames it enough in a few years just so the palate is a little softer and rounder, but even today, that's a mighty interesting, unique and complex nose. (May 11, 2014)

Going back to the stash of 2005 Gaillards I found at Futnam And Mason for twenty odd pounds, this is still remarkably vibrant for a nine year old Saint Joseph - and not even one of the premium, single vineyard cuvees. The nose is earthy and peppery, with hints of bacon, utterly typical for a north Rhone, less typical in the sense that it would convince many in a blind tasting that it's actually an entry level Hermitage or a Cornas. Starting to dry out, though, and a little hard to wade through. (May 17, 2014)

I loved this so much when I had it last month that it was the one wine I wanted most to return to ever since. This is such an over-achieving little wine, driven by fantastic acidity and supple fruit that conjures earthy red fruit flavors and aromas that imply very non-interventionist wine making. (May 20, 2014) 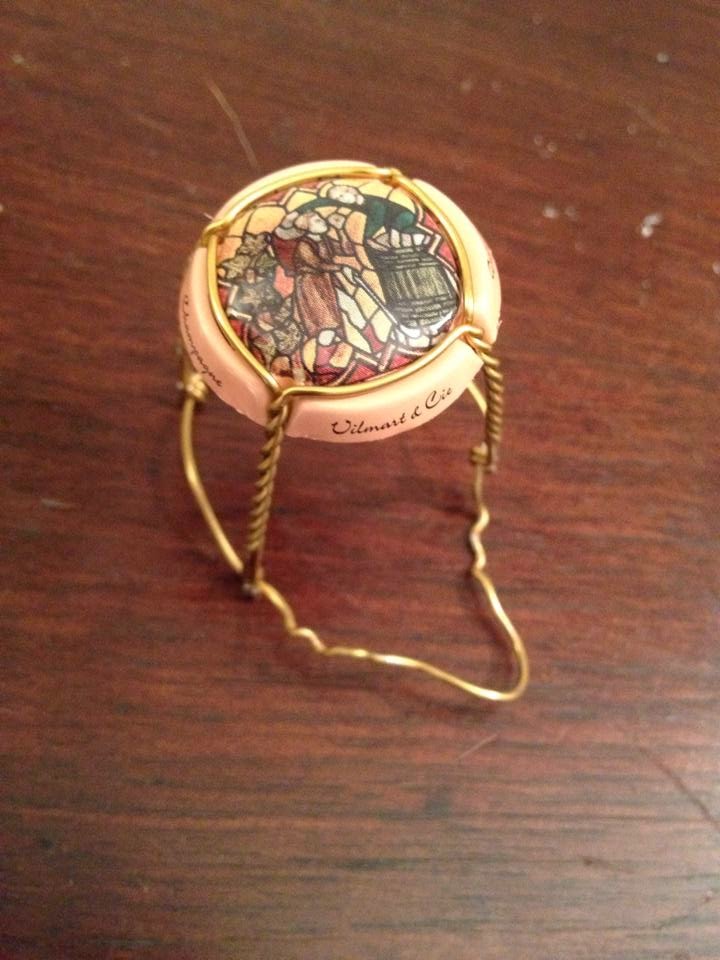 This is simply gorgeous. While the bottling is a Premier Cru, this has all the complexity, grace, finesse and elegance of a Cote d'Or Grand Cru. But don't dare think this is just a Pinot Noir in a sparkling idiom, it's pure Champagne, an amazing one. (May 24, 2014)

I misplaced my note, but anyway, this is an excellent Bourgogne, actually declassified Volnay, showing the mineral aspects of the village rather than the stereotypical femininity. Took long enough to open for me to dismiss it at first, but i wound up liking it a lot. Daniel Lifshitz sure picked some overachieving Bourgognes for his portfolio. (May 28, 2014)

This is a young vines from relatively moderate inclination (the "30" represents both the age of the vines and degree of inclination). It's typical of modest Syrah, with aromas of peppery black fruit, smooth and fruity on the palate, with soft tannins and low acidity. A nice wine, but even though I knew it was basically an entry level Cornas, I expected more out of it. (May 31, 2014)