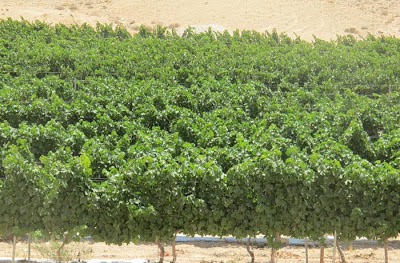 Ya'acov Oryah invited me to a tasting of the Midbar Winery portfolio, and I was delighted, as I love (most of) the white wines he makes, and was eager to taste the reds.

One of the things Ya'acov aims for is that elusive expression of place, which is why I'll specify the origin of the grapes where I managed to write it down in time.

20% new oak, the only white with any oak, hailing from the Judean Hills. Cantaloupe framed by minerals. Taut, yet limpid at the same time, like a village Chablis. Develops slowly while remaining lean and reserved. Lovely as always.

From Mitzpe Ramon in the Negev dessert. A somewhat tropical version of the Chardonnay fruit, with a faintly mineral vein. Unformed and kicking, yet tasty. Not exactly my style, but better than I remembered.

Same vineyard. Very reserved, yet already showing the mineral aspect of Chenin that, at its best, makes you wonder WTF is this? Clay, maybe, in this case. Turns hot if drunk too quickly.

A surprisingly funky nose. Honeyed and full, there is somehow enough substance, flavor and interest on the palate to support it's 14.5% ABV - and I'm not a man who likes Viognier in his glass.

The "Gewürztraminer and friends" blend. All in all, right now the Sauvingon Blanc dominates, with its cat's piss thing. As for the rest, there's a hint of rose petals from the Gewurtztraminer, and one of the other grapes offers a mineral note.

Incredibly funky and mineral-laden. A brain teaser for the illuminati. Sherry? Nah, I hate it when people think a slightly oxidized white wine is a Jerez knock-off. This is something else altogether, which should prove a nice match for soup on winter evenings.

North Negev. A quite nice, very Israeli nose, ripe and spicy, that seems a little one dimensional, setting up a welcome double-take when the palate surprises with its smoothness.

Mitzpeh Ramon. Now this is a quintessential Israeli wine. Only without a lot of nasty oak. Balanced, like a heavyweight boxer shifting his weight on his heels.

Here, the boxer is relaxing for the final rounds. This is a Bordeaux blend, primarily Merlot, but you would never mistake or for a gentleman's claret. It's earthy and masculine, but not so much that it would overpower a hearty dish. I bought a couple of bottles after the tasting and plan to re-visit at my leisure at home.

While I liked the red wines, it's obvious the white wines are where Ya'acov's heart, and, for the moment, his skill set, lie. His Semillon based wines are among the most unique in Israel, as is his Chenin Blanc. And hey, the guy makes a Viognier even I find interesting, which is really saying something.

A good Chablis Grand Cru is one of the best values in the wine world. It should have a solid volume - which doesn't necessarily impress me - as well aptly defined form and texture - which always do. This Les Clos has all of that. The body is ample and rich, yet focused and refined, and, like the nose, detailed and complex. The aromas are alluring and captivating, showing a mineral tapestry rich in marine nuances, and while there is an obvious presence of oak, it is in the background, where I am sure it will one day full submerge. After the initial burst of air, though, it grows steadily dumber, in a way that suggests it wants to return to its slumber for a few more years. (Valentine's Day, Feb. 14, 2013)

WineRoute. Prices have climbed up from 250 NIS to 350, but this was actually offered at a very appealing price of 180 NIS or so.

Obviously a Chablis that leans heavily on sea shells and lime. Obviously, as well, one that saw oak. There is ample complexity and finesse on the nose, but the palate is more about fruit peels than fruit - until a couple of hours of air reveal the same complexity and finesse there as well. At this point, perhaps not a better wine than the Les Clos, but certainly the more idiosyncratic, the more sublime.  (Feb. 17, 2013)

Burgundy Wine Collection. A wine whose price list has slowly crept up from 220 NIS to 260, thus keeping it on the relatively conservative side of the price growth curve.

Can You Ever Go Back? 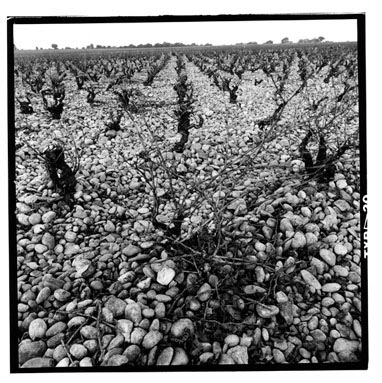 This wowed me years ago, both it and the 2001, and seemed like an elegant expression of the Southern Rhone. I still like it for its depth, but how un-evolved my palate must have been for me to find elegance in this unruly beast. Even after a few hours of slow-ox, I can find an interesting mix of blood and garrigue, but hardly any finesse beneath the muscle-bound armor. But it turns out, I still like it, despite the low acidity and the vagueness of its form. Maybe it's the sanguine finish. However, it will never capture my heart and imagination like it did in 2004. And yet... that finish is appealing. (Feb. 2, 2013) 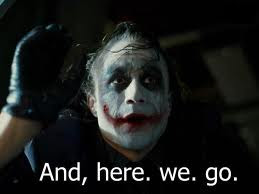 This is 2000 (a ripe, deep, seductive vintage) and Margaux (arguably the most seductive of the Left Bank appellations), yet this is harsh, almost under-ripe, showing only occasional flashes of charm and savoriness.

I always hope a lesser-known appellation will prove cheaper and earlier to mature (thus a safer buy) than Puligny, Chassagne, Meursault et al. This certainly seems ready to go and delivers a solid Bourgogne experience; even if it doesn't have the presence or depth of a big-name Premier Cru, it does offer decent complexity and taste, and a sly, subtle savoriness on the finish which is what I look for in white Burgundies. Stylistically, it offers dried grass and a hint of Atlantic salt, with the fruit falling somewhere between green apples and citrus fruit.

On its way up or over the hill? This wine will split public opinion. As for me, even though 1999 wasn't a great year in Rioja, and even though Faustino is not the biggest name in the area, I find this wine is still not expressing its full potential. Right now, it has tart cherries, herbs, savory tannins and juicy, acidity driven fruit making for a tasty drop, yet it doesn't express the full depth and complexity of mature Rioja. But its evolution in glass - much greater weight and presence as well as nuances of chocolate and tobacco leaves - is the reason  I'm optimistic. And WineRoute offers it this month at a price that will at the very least will allow me to gamble on my optimism. (Jan. 5, 2013)

A delectable, inviting, elegant wine, that is fluent in both the Mediterranean and Northern Rhone idioms.  (Jan. 10, 2013)

Young and succulent fruit, with typical black pepper, its ripeness on the bearable side. Oaky, but in a complimentary way, and anyway Syrah almost always wears a reasonable amount of oak well. Very Israeli, its jamminess working very well in the context of the idiom, restraining what might be an indulgence in other winemakers' hands.

Sporting typical spicy-dusty aromatics and lithe tannins that mitigate what would otherwise be an overwhelming 14.5% ABV, this is rustic enough to avoid modernism. Tasty. (Jan. 17, 2013)

I've been drinking this for two years, and as this cutie begins its eighth year, I grow despondent over the prospects of keeping my hands off the remaining two bottles for much longer. Which is sad, because I've seen it through its lively youth, and now, as the mousse grows softer and more subtle, it's showing a depth of character that seems a refinement of every Loire Chenin Blanc I've had so far. I should really try to curb my appetite, but it's so damn delicious. (Jan. 23, 2013)

I was going to post it on the Bourgogne Crown post, but this wine was slated for a couple of years in the fridge, and then I grew impatient, as is my wont. So here it is here. This is still at the stage where the Chardonnay is still young, showing quasi-tropical notes behind the more typical green apples. An overlay of minerals is already apparent on both nose and palate, especially on the palate, where the finish is pleasantly saline. In need of a few years of fine-tuning, so I guess I'll need to buy another bottle. Should develop quite nicely. (Jan. 25, 2013)

This smells vividly Pinot-ish, with the spicy earthiness of a Gevrey or a Nuits, and tastes incredibly light and refreshing in contrast, despite an obviously yeasty undertow. (Jan. 27, 2013)

This excited me more rather  the past, but it is still damn fine. The nose needs some coaxing, but shows green apples, slate and a developing hint of petrol. The palate walks the razor edge between dry and semi-sweet, culminating in finish of green apple skin. (Jan. 31, 2013)