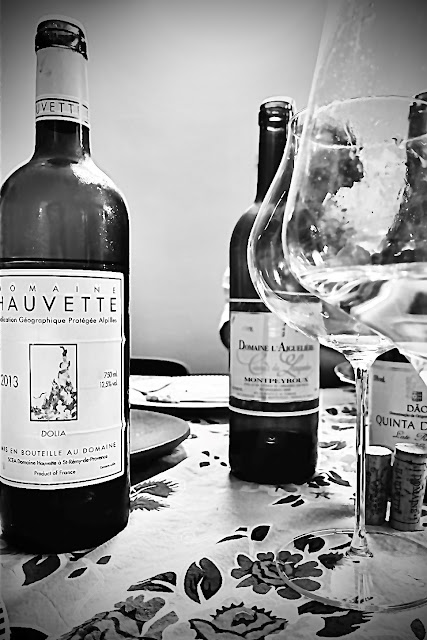 And what ruined it? The red Burgundy stand-in, of course.

I'd like to expand on an interesting point that Caftory raised. Years after the winemakers of the New World fell in love with White Burgundy, they began to focus on the grape as an identifiable commodity instead of what made such a success in the Cote d'Or in the first place: its innate ability to provide fine acidity and a slightly plump, yet facile, structure - and then stay out of the way and let terroir talk. Now that trendy winemakers are returning to that paradigm, they're finding few grapes are capable of duplicating that magic. Except that, for some reason, the white grapes of Portugal are great at that. And the terroir they highlight is well worth the spotlight, slightly exotic and alien, never overripe or over tropical - at least not what I have been exposed to and certainly not this wine. Lovely, and costs less than white Village Bourgogne these days.

This wine no longer exists. Montpeyroux is now a separate AOC, the blend is now GSM and Caftory says all the magic has gone out of the domaine. But in 1996, the blend was 100% Syrah and the domaine had enough magic to produce a Hermitage. Not a profound one, admittedly, but with that same mature, savory black pepper and bacon façade that make me lick my chops at the thought of opening a bottle on a winter eve. If I had a bottle of my own.

This blend of Marsanne, Clairette, and Roussanne, raised in concrete eggs, was made with a firmly confident hand that eked fine reductive notes of gunpowder. Rigidly expressive and fruity without even a hint of flab or flattery.

I had ordered a bottle of a recent vintage of Vacheron's great single vineyard La Belle Dame. What arrived instead was another prestigious cuvee, made of grapes from the rare Les Marnes soils from the family's vineyards. From the excellent 2010 vintage. Great, I thought, I lucked out. Someone aged this wine for me. More like let Father Time gouge away at it, it turned out.