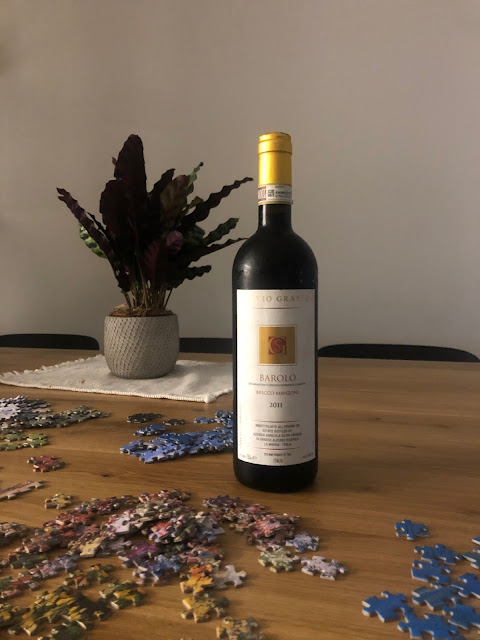 Eldad Levy found a misplaced case so the lucky clientele got a fairly mature Barolo. Not the greatest year and not a star producer, but Piedmont these days seems to be loaded with excellent producers. Bricco Manzoni is a La Morra cru, but not one of the better known. The nose is ethereally seductive, with subtle nuances of cherries, earth and dried roses. The fruit is mellow and framed by rusty tannins. It has the kind of balance that makes me love Piedmont so much. The tannins are ever present but they don't pucker, they rather wrap the fruit and add seasoning. I know, it's too soft to be really great, but it's such a tasty pleasure.(Sept. 27, 2020)

Portugal has more grapes than most wine lovers can keep track of. The only one that's anyone's household name is Touriga Nacional, the most royal grape in the Port blend. The Duoro grows hundreds of varieties, many of them offshoots of Touriga Nacional, indeed with Touriga as part of the name. Its renown - as well as quality, to be sure - has ensured its cultivation in other wine regions in Portugal. One example is Luis Pato's Formal vineyard, where he had been making a varietal wine from it for years. Until he stopped in 2011.

It's a succulent, savory wine, with high toned, yet balanced acidity and slightly smoky red fruit with an ample dose of graphite and iron. It reminds me of Southern Franc reds, at the point where they started cleaning up their facilities but were not yet carried away by technology and enslaved their artistry to American tastes. It's a lovely wine, more feminine than Pato's Bagas (his calling card and claim to fame, at least on the red wine side of his enterprise). I know the vines young at the time this was made. You sense that in the the relative lack of nuances and concentration on the palate. But I hope he didn't rip them out and will reconsider his decision and resume this cuvee, when the vines mature. (Sept. 26, 2020) 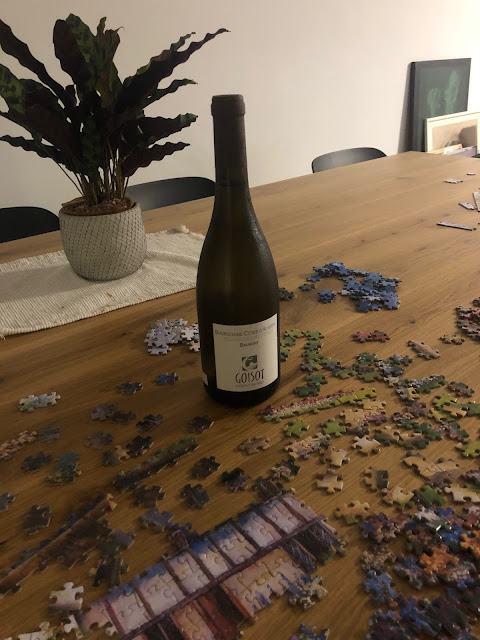 This would be a Premier Cru had it come from Chablis. One of the cooler, leaner ones. That's the general level of quality. As far as I can tell from my reading, Côtes d'Auxerre shares the same soil as Chablis Premier Cru, i.e. primarily Kimmeridgean soil (a composition of limestone, clay and tiny fossilized oyster shells). Whether the vineyards really deserved the lowly Bourgogne AOC when the French appellation system was being set up is not something I can comment on, but for me, Goisot's Biaumont walks and quacks like  a Premier Cru: oysters thrown up by a stormy sea upon dock stones made of chalk, infested by moss. I've been a happy return customer since Caftory started brining this in a few years ago. (Sept. 28, 2020)

Supposedly 2014 was a mediocre vintage, nonetheless the Granit 60 is a wine of purity and expression, even if it lacks a knockout punch. The nose is all meat, violets, some rotting leaves, olives. The palate, which is not at the same level of enticing magic and is rather limpid, to be honest, gets by on subtlety and a supple, mineral finish. It's the best value wine Vincent Paris makes, from old vines on a slope with 60 degrees inclination, hence the name - the premium Grenynale is better, but more expensive. (Oct. 3, 2020)