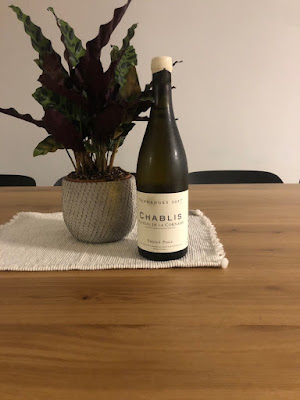 I was browsing the shelves at Selfridges a few years when I ran into a couple of Grand Crus by Piuze. I texted Daniel Lifshitz, asking him if the guy was any good. "Yeah," he said, "Bourgogne Crown is going to start bringing him in." So I decided to wait with Piuze until I could purchase at home and bought a Joseph Gonon instead.

Three years later, Lifshitz is selling both Piuze and Gonon.

Anyway, this is classy. It's a village plot or blend, I don't know which, and it's riper than what I usually find in Chablis, which means it takes a while to get the usual minerals and sea salt. Very flavorsome, with Premier Cru body and depth, but with less complexity and grip. (Sept. 9, 2020)

A typical Macon white, as I understand the style: pears and dry grass. Despite the age of the vines, I don't get a lot of intensity and the relatively limpid mid-palate shows some bitterness. No great shakes, just a fun Chardonnay. (Aug. 28, 2020)

This is CARM's premium white (comprised of 40% Gouveio, 30% Rabigato and 30% Viosinho) and while its breed is almost immediately obvious, it takes a while until it starts to show the typical mineral intensity of the Duoro. There's a bitter-sweet aftertaste, as though you took a such a big bite out of a slightly under-ripe peach that you actually breached the pit.  It's not one for a very long haul, but the nose has a sweet talc character that hints at developments and nuances to come in a couple of years' time. As do the salty flavors that sneak in on the finish. (Aug. 31, 2020) 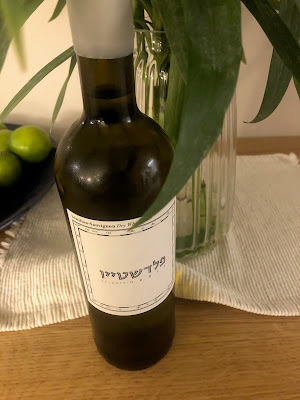 Everyone around the world has been copying everything else those farmers way out in Bordeaux did - except the formula for this classic white blend, which doesn't  always get the respect it deserves. It's a definite oversight, given how well Sauvignon's herbaceousness complements the yellow fruit of the Semillon. Feldstein's version was exceptional from the first vintage and the 2017 is a complex wine with nuances of chalk that needs time to gather power and presence, about an hour, and packs a good punch when it does.  (Sept. 19, 2020)

I was looking forward to seeing how well this would hold up to my benchmark Albariño: Zarate. Very well, it turns out. An exquisitely fresh and vital nose, lime and wet pebbles, echoed on the palate, where the acidity drives the chalk-laced lime to a very long finish. A terrific find! (Sept. 22, 2020)

From the Mostar region in Bosnia-Herzegovina, this is made from the country's signature white grape, Žilavka. It's borderline orange, 6-12 hours of skin contact. It's moreish and stoked with minerals and ripe oranges. It's not a grand vin, but it punches above its pay level and it ranges beyond what we accept as the normal spectrum of flavors just enough to to tantalize. (Sept. 23, 2020)