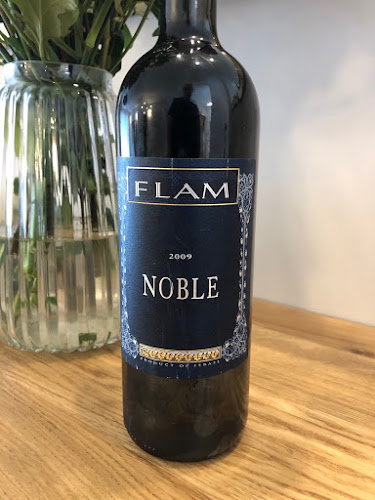 This is my first encounter with the Flam flagship red. Golan Flam trained in Italy, yet he riffs off on Bordeaux as though he grew up on the shores of the Gironde - this Cab/Merlot/Petit Verdot blend is sweeter than a classic Left Banker but not overdone or too ripe, and it's not a copycat either. Rather, it makes the best of the marriage of the style and blend and the local climate. The fruit is soft and red at this point, the nose decently complex with notes of cedar and minerals, acidity is lively, the tannins soft - they won’t sustain further development, just keep the fruit alive for a few years and provide a savory backdrop. It's at its peak and but still has quite a few years to keep. (Sept. 5, 2020) 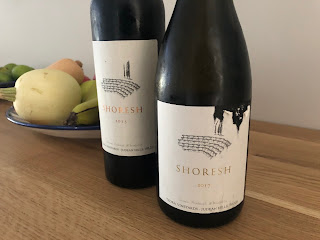 You can generalize about vintages only up to a point. The maligned 2015 was hot and muggy through most of the harvest, but Eran Pick usually harvests his reds earlier than his colleagues, which might explain why the Shoresh is so good and still so fresh five years later. Like every Shoresh red, it shows a complex aromatic canvas of black fruit and minerals - I usually think of black rocks rather than more reddish earth - echoed on a restrained body that that bounds and frames the sweet black fruit with tannins and acidity. A wine that exceeds descriptors and always rewards return purchases and ample cellar time, no wonder it's such a big hit with sommeliers and consumers. (Sept. 18, 2020)

I know there's some Chardonnay in the blend, but the predominant grape and character is Sauvignon Blanc. Whenever I taste it in its youth, the initial impression is that of tropical fruit and a I get a chalky character a little later on. Here, at three years of age, the chalky personality dominates at first until a couple of hours later when the tropical fruits emerge for a finish that balances sweet and saline flavors. Israel is blessed with at least 3-5 whites of roughly this high level of quality. The Shoresh is the only one that makes me think "terroir". (Sept. 18, 2020)