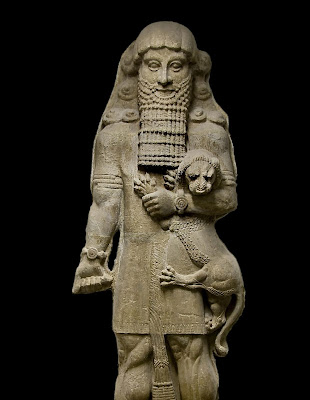 There's an inky, graphite character I find here that I sometimes spot in the best Israeli reds. I could talk about that, but I think if that you're looking for a wine that has an inky and graphite character, I've pointed you in the right direction. I do want to touch on things that define quality. Complexity and finesse are not a matter of how many flavors and aromas a wine sports, they're about interplay and texture and weight and the way the weight is balanced. Avi makes better, or at least more challenging, wines than this, but even so, the Gilgamesh would make a run past many flagship wines. (June 22, 2018)

Something made me reach for Nebbiolo more than than would usually be appropriate on the cusp of an Israeli summer.

Piedmont is in a tie for third place on my shopping list, which doesn't sound too bad, until you realize the race for first place is tied between three contenders and second place between three or four. And that I never buy Barberas (I actually prefer Dolcetto if I can't get a good Barolo or Barbaresco). What can I say, I'm hard to please. One of the nice things about the stuff available in Israel is that most of it is old school, like this one. TIt's a little one dimensional on the nose, red fruit and dried herbs, but the acidity leads to a rusty/spicy/saline finish that I look for in Nebbiolos. A nice wine, a little over-priced for what it is. (June 9, 2018)

A bargain Barbaresco imported by Yaffo Tel Aviv, even at a mere five years of age, this is at a good spot between rusty tannins and soft fruit, its an initially intense core fanning out to echo the aromas of tar and spices. The top of all the Nebbiolos I had in June. (June 4, 2018)

The unexpected lightness is a boon. The rust, dust, tar and spices are just what I expected. The complexity is on par. (June 20, 2018)

This non-cru usually sells for about 200 NIS and is better than anything similarly priced carried by the big importers. This is friendly and approachable enough to drink. Initially too mute to fully appreciate, it develops complexity and texture.(June 29, 2018)

The rest of June was split between Israelis and Burgundies. But there was also a sherry.

I was an avid Sherry fan about thirteen years ago. Read all the articles and books, drank every major name, hunted down the rare stuff. Basically mortgaged my luggage space for sherries on every business trip over a period of two years. Williams and Humbert was  the just about the only sherry I could find in Israel, mostly this Oloroso and the drier Amontillado. I don't recall being too bowled over, but this is better than I remember. For me, quality in sherry was always about a balance between savory, tangy, sweet and salty - truly, the only wine you can find at the crossroads of these families of flavors - and while I do have fond memories of the Oloroso's "roasted nuts, iodine and old wood furniture" personality, this bottle has balance and intensity that surprise me. Very good. (June, 2018)

A classic Gevrey nose - flowers and forest floor melting into leather - and a very refined palate, almost silky. Good complexity for a village Gevrey in general, only satisfactory for Serafin. That's the price you pay for being a big name. (June 6, 2018)

For me, this bottle is proof positive that this is of Chablis Premier Cru grade. The taut structure, even in a ripe vintage like 2015, the refined pungency, the length. (June 7, 2018)

IPVinum, 165 NIS - yes, you can get bona fide Chablis Premier Cru for the same price or cheaper, but given the relative rarity, I would still endorse the price.

This is a boutique negociant that Wine Route has started importing. I googled them. A link on the second page of the search results told me this is a negociant and not a grower. Other than that, I drew a blank. I can understand why people become boutique negociants in Burgundy. They want to make wines in Burgundy and can't afford or find vineyard land. What I can't figure out how much quality juice is up for sale each year for these negociants to grab a hold of. This is good, fairly fine for a regional Bourgogne, but not special enough for me to get excited about. (June 14, 2018)

I said just about everything I ever wanted to say about Shoresh in general when I wrote about the 2016 last month. Then came the most mineral-laden, Old World, Israeli red I ever drank and  showed me something new about how the local fruit can be tamed and personalized without any blatant effort. There's a lesson here I recommend you learn for yourself, if you have a bottle around. (June 17, 2018)