Hey, I try to avoid white wines weighting in at 14% ABV, but this is fascinating, in the rough, grainy ways that Gaby Sadan's wines sometimes present because he lets the vintages speak. It's a fat, round wine, but the roundness is thrillingly rough, the kind of wine where you find yourself drinking rocks rather than drinking fruit,  There are oranges and their lightly bitter peels, flint , and finally, a 'color' reminiscent of rye, which I sometimes get in Loire Chenins. (Jun. 4, 2015)

A very refreshing bistro white. Lime, minerals and oysters and that's just about it. Pair it with salads and fish.

The winery's entry level red shows typical Tuscan character filtered through a modern prism, so it's black fruited, ripe and smooth - with a Tuscan personality that is all about herbal/dusty aromas that are the Italian version of garrigue and evoke a working kitchen. I recall previous vintages of the Guistri di Notri (the affordable of the upper echelon of the winery's lineup) needed a few years to show their best, so possibly even this could use a year or two to shed its more modern aspects.  (Jun. 6, 2015)

This offers complexity of Barolo with a light flair: roses, tea leaves and iron on the nose, the latter reflected in the rusty, yet tasty, tannins. This is an excellent value, and wins over the Rosso dei Notri for its purity and general interest level. (Jun. 6, 2015)

I was intrigued by the bottle I drank at Halutzim a few months ago, so when bottles finally reached the stores, I immediately grabbed one. This is terrific right now, one of the best local whites, with juicy acidity and a bouquet of flint and dry grass straight out of the Cote de Beaune. I still fret over apparent traces of oak, but I think it will be fine in a year. And I can't believe I just wrote that about a four year old Israeli Sauvignon Blanc! (Jun. 9, 2015)

Like Rene Engel and Oronce de Beler, Jean Foillard crafts wines that combine iron fillings and earth with a fresh, yet funky, fruitiness. This, especially, is close to the Platonic ideal of Beaujolais, and offers aromas of exotic spices and a very juicy core that leads to a long, saline finish. (Jun. 10, 2015)

An enjoyable, albeit primary bubbly: apples and chalk abound, with little of the accouterments of maturity that make Champagnes so enjoyable, such as brioche and mushrooms, But the fruit is so vibrant that this wine affirms my belief that the BdB is Golan Height's best wine. (Jun. 13, 2015)

I wasn't really sure how much I'd really like Arlot, since I never tried the high end plots, so I thought I'd just indulge and check a big name from their portfolio. Actually, what happened was I had moved the Clos de l'Arlot from long term storage to short term, changed my mind and was then too lazy to put it back - so it wound up on the "to drink" queue. Anyway, this is excellent, with smoky earth on the nose, very savory fruit and crunchy tannins, and a piercing complexity. It's so forward and drinkable now, the acidity so relatively low keyed for Burgundy, that it's easy to miss the need for slow fine tuning the balance of sweet fruit and the tannic bitterness. I have a bottle of the Clos des Forêts-St-Georges 2009 that I will definitely wait a decade on.(Jun. 13, 2015)

There's a moment within this wine that is indescribable. Mind you, Champagne has greater wines, but this Champagne captures the saltiness of Leroy's Aligote and blends it with the weight of a Chablis Grand Cru and tops it off with Pinot funk. All of which I can describe and just did, but at the core is a backbone, much less readily encapsulated, of truffle oil and chicken broth, which twists and turns like a roller coaster. Rave on. (Jun. 16, 2015)

I love Redde, we all love Redde. Based on this, if Sauvignon Blanc were grown in Chablis, it could easily rise to the level of a Grand Cru. Les Cornets has a similar profile of rain waters and salty minerals, with subtle, yet distinctive, complexity and power and is one of the best values you can find in Israel. Which is true of Redde at all price levels. (Jun. 18, 2015)

I once called Scheurebe the Dusty Springfield of grapes and I'm sticking by that moniker. This shows a spicy side of this lustful grape, with a modicum of flowers rather the full blown effect I usually find, complemented and abetted by guayavas. Lovely, really, and you all should be doing drinking more Scheurebe. (Jun. 20, 2015)

A typical, tasty Loire Cab, with a saline, juicy finish, Even though it's not one of the big names in my fridge, I was disappointed by the lackluster aromatics: it checks off the typical herbal greenness but doesn't go much beyond that. (Jun. 20, 2015)

A year and a half ago, I tasted a seven year old version of this same wine. The savory, crunchy, peppery reminded me of a Saint Joseph and I vowed to score a bottle. Two trips to Austria proved fruitless but I was so enthralled by the magic of this red wine that most of my purchases were of various red wines (in lieu of the more obvious choices, Riesling and Gruner Veltliner), but most were overdone, overextracted or overoaked, without the simple charms of this basic bottling. Only a very simple Brundlmayer Zweigelt rose up to my expectations. And now, Eldad Levy has once again saved the day by importing Moric to Israel. You could say I've earned my dues waiting for Moric to arrive at my home. This youthful version is just as charming as I'd remembered, with clay and black pepper complementing the red fruit, the soft, dusty tannins and the ripe acidity that props the plump fruit without being too prominent. Drinkable by the gallon with more than a modicum of interest. (Jun. 23, 2015) 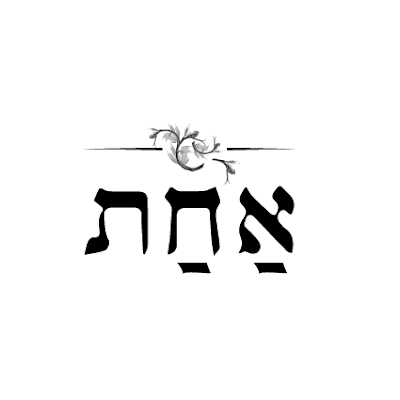 Ahat ("One") Winery is the lovechild/boutique of Nitzan Swersky. Eldad Levy recommended her debut wine on Facebook, and even though I usually keep away from Rhone whites, I have faith in Eldad's palate, so I bought a bottle of this Viognier/Rousanne blend.

Turns out a little faith can go a long away. It's fresh and fruity, but the fruit (grapefruit and pears) concedes center stage to a light earthiness and even more subtle nuttiness. There is none of the opulence that Viognier gives in Condrieu, which I never liked, and, thank God, the alcohol is down to a very reasonable 12.8%. What else? Oh, the fat, round body you'd expect from Viognier and Rousanne is there, but it's tempered by very good acidity, so the wine is very fresh - and I already wrote that. If I needed to tweet a note, I'd say that Nitzan captured the Dr. Jekyll face of the Rhone whites. (Jun. 25, 2015)

I love Riojas when they're good, but there's a point in their adolescence that I'm indifferent to, where the impact of the American barrels is still obvious and rough (coffee and drying tannins in this case). And that's where this wine is at, and not only that, being a special edition produced for the winery's fiftieth anniversary, it feels as though it's trying to make the best of all worlds: make an impressive first impression as well as insinuate that it needs to be cellared for a long time. I hope for the best, because even though I worry the tannins will outlast the fruit, I have great faith in Tempranillo and this does already hint at Rioja character, showing earth, sweat, crushed raspberries and tobacco leaves.  (Jun. 28, 2015) 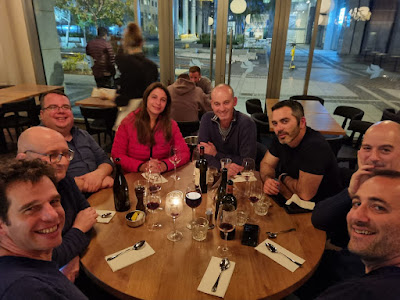 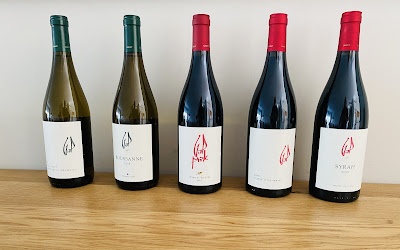 Itay Lahat belongs to a secret corps in the history of the Israeli wine industry. Michel Rolland and Mondevino gave consultants a bad rep. But, they can play an important role, especially in a wine county like Israel, where the industry is relatively young and small.  Itay Lahat, who's been around for over 20 years, ever since his days at Barkan, has been making a solid living consulting for more wineries than I can recall. I'd give him a gold medal just for whatever he did at, and for, Kishor. The benefits of such a gig cannot be understated. For one thing, you're exposed to just about every vineyard and grower. And you learn to handle every contingency. Necessity is indeed the mother of invention. To get the real sense of his skills and touch, you need to drink the wines from his own label. In this case, the latest batch from the 2020 vintage. Rousanne Clean, fresh summer fruit flavors, a touch of minerals. Very focused, very elegant, with a thin, sharp thread of flint th 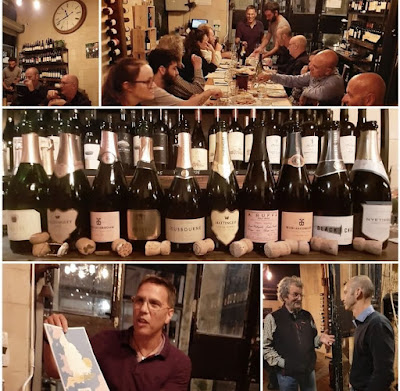 Sparkling wines can reflect terroir. The autolysis adds another filter, but if you drink enough great sparkling wines (a.k.a. Champagne), you will find that the great growers/winemakers practice their craft with the kind of sensitivity that allows the land to speak, even if you sometimes have to listen hard. The personality and philosophy of a great grower will also shine. But not all terroirs and not all winemakers are created equal. Will terroir and personality always show through? With some sparkling wines, even in exalted Champgne, autolysis and dosage will overwhelm all other factors. In a recent tasting of English and Israeli bubblies, I did not always find terroir or personality. Few of the wines would shame an English or an Israeli patriot, but none would fool an experienced Champagne afficiando in a blind tasting. The best of Champagne is a marriage of subtlety, complexity, persistence, fruit and umami flavors, and few international contenders have been able to match them. The