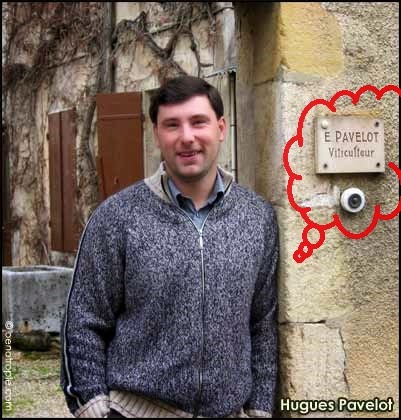 My strategy is to age the 2010's and enjoy the 2011's early for their thrill of their succulent fruit. So enjoy this I did, but I suspect I wouldn't mind a few years' seasoning. But it is an earthy, tasty wine, with joyous red fruit already, and it's precocious in the way it flaunts its potential. (Apr, 1, 2015)

Summer of Riesling starts early. Actually, it never ends. Like the Gobelsburg Gaisberg, this has a crystalline, mentholated character on the nose underlining apples, slate, dill and hints of petrol. Very much a refined, elegant wine - an impression that carries on to the palate. Every aspect is complex and reserved, but not so reserved that it doesn't keep revealing more and more facets as it opens up. Awesome. (Apr. 2, 2015)

This is lovely and starting to win over the Carignan in my heart. With a judicious balance of tannins and just ripe fruit, this is maybe the most European of Assaf's red: complex, deep and reserved, with hints of iodine and leather. A second bottle opened for Independence Day only strengthened the impression, showing a similar pungent meatiness and good acidity. (Apr. 4, 2015)

This is more developed than the Pavelot or the Jacqueson Rully of the same vintage, which I find a little odd. It has a meaty personality, like a lighter version of Nuits-St.-Georges, with a herbal streak. However, returning to the maturity theme, I find here a dry, tannic vein, not unlike the 2006's in their stingy stages. (Apr. 5, 2015)

I love this style - cruncy red fruit, pepper, flowers - but Cuilleron is expensive. although so are a lot of Northern Rhones in Israel lately, those that actually make their way here. So, I'm thinking, can it age? Definitely, there's good balance in there in need of time and it will definitely pick up more of the nuances mature Syrah can provide. Mostly though, while right now even an hour is enough to bring out hints of bacon -  the fruit is fat enough to work against, instead of with, the savory tannins. (Apr. 7, 2015)

Latter-day Haut-Bergey is usually viewed as fairly modern, but this has decent proportions of classicism - crushed currants, cedar, graphite - albeit in oaky trappings, with a grainy feel. The two minds are still in battle. (Apr. 8, 2015)

The 2006 is imported by Israco and I bought it at the Scottish Company for 180 NIS.

As always, a peppery, herbal wine that, while certainly ripe and viscous, does not fatigue the palate. It's actually as refreshing as any 14% ABV wine can ever rightfully strive to be. (Apr. 9, 2015)

Every now and then, a small importer will bring in a tasty, drinkable wine that begs to be gulped as though you were loafing at a bistro, while offering enough interest, character and low key complexity to tantalize the mind. Eldad Levy's entry level Loire and Etna offerings pull that trick off regularly, as does Eyal Maron's Portugese catalog. Uri Caftori often brings wines of similar bent and his latest offering is from a cult producer from a largely undistinguished district. The le Vin est une Fête is comprised of 50% Merlot, 20% Cabernet Franc, and 30% Abouriou (the local grape), aged in old foudres and barriques, and it's all fresh fruit with a mineral, lightly meaty edge. It's light, without a great deal of persistence, but really, all it's meant to do is refresh the palate and accompany brunch. (Apr. 20, 2015)

This is the next step up, with a similar character and great focus and length. It's just as drinkable as the Vine est une Fête, but my reservation about both is, that while they both smell great and go down very easily, they're not as delectably delicious as the other wallet predators at their price niche (specifically the wines imported by Eldad and Eyal that I mentioned above), (Apr. 23, 2015)

Rhone white grapes are way out of my interest zone or liking, usually, so it speaks of Assaf Paz's wine-making skills and innovation that I bought three bottles, The nose is captivating, with flint and roasted nuts over a bedrock of yellow fruit. The palate, though, is a bigger challenge for me, more of a brain teaser than outright pleasure, with a herbal, bitter backbone that is vaguely quinine, but I do enjoy the laid back complexity and it becomes more user-friendly with air, and also the acidity becomes more prominent, which is a plus. (Apr. 25, 2015)

The winery lists it at 125 NIS and I understand it's sold out. They didn't make a large amount and the hardcore geeks bought it all up.

Durup was the first Chalis of any significance I've ever drank, but it's been over eight years, I think, since I last had one, and you know what, that's a shame, because this is quite good. While detractors make an issue of Durup's use of mechanical harvesting, on the positive side, there is no use of barrels at the estate, which endows the wine with fine purity. So you get chalk, sea weed, apples and oranges, and salivating acidity/salinity, and a wine that's ready to drink and that cane age at least three-four years. (Apr. 26, 2015) 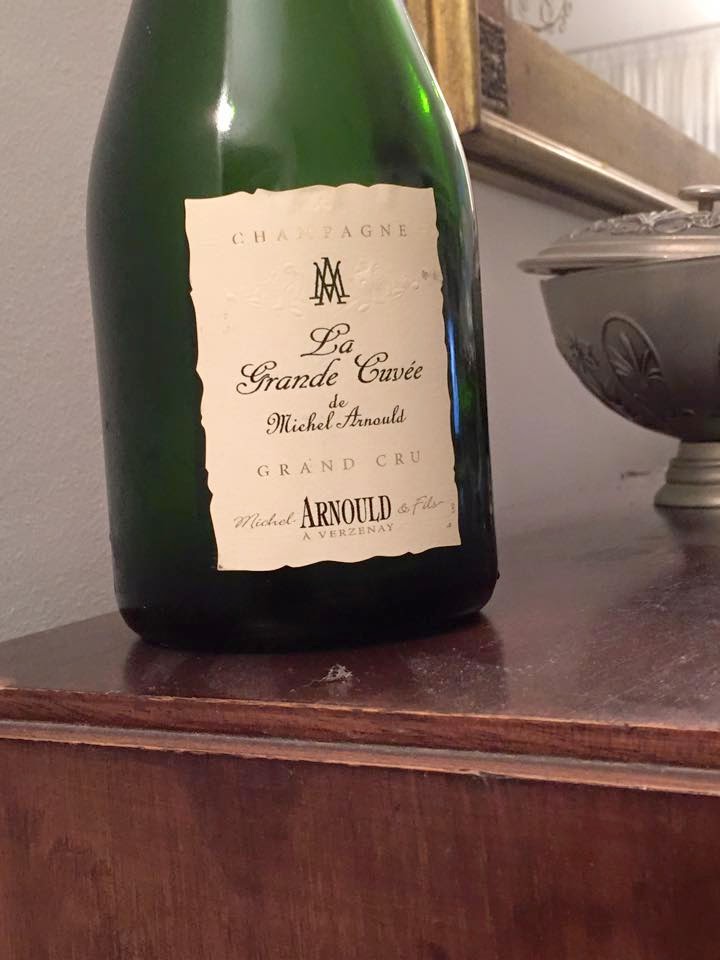 Since I love Lallement so much, this just called out to me when I spotted it on the K&L Wines site, as Arnould, form what I'd read, is the other master of Verzenay. This bottle is exclusively made of 2009 grapes (two thirds Pinot Noir and the rest Chardonnay). Like the Lallement Champagnes, it shows a funky mushroom broth, and sweetness and breadth that seems to come from the fruit and not from a great amount of dosage. I think it is rather more elegant than the wines of his peer, but not so elegant that its muscular tone would go unnoticed, nor its long, complex finish. (Apr. 27, 2015)

I know what this wine can show and tell, and this is definitely not the best bottle, with sharp, spicy aromas and an awkward juggling of acidity and sweetness. It's an interesting concoction, and I'm oddly drawn to it, but I know how great this should play... (Apr. 28, 2015)