May 27, 2015
If you're looking for an huge slew of German wine tasting notes, just move along. It wasn't that sort of trip. Basically, my better half and I used the Big 25 Berlin race (which is the major 25K race, although we only signed up for the half marathon and wound up down scaling to 10K) as an excuse for a romantic getaway. Wine drinking was ancillary. The gourmand highlight was dinner at Bandol Sur Mer, a restaurant whose theme could best be described as "deconstruction/reconstruction of classic French cuisine" - and where the wine list is virtually all French wine. Leading up to that were random German wines I drank at various bars and bistros, so let's start with them.

Strawberries, red apples, light minerals. Well made, lightweight and friendly, a round, appealing restaurant wine. A part of me looks for reasons to be a snob about it, but it wins me over by bringing out the Pinot so clearly.

Trocken at its best in a crisp form. Sharp green apples with just a modicum of minerals in the nose but a sharp jab full of lime and sea shells on the finish. Very good value.

I haven't had one of these in ages, but the 2004 was one of my first Germans so I was sentimental enough to try it and it's still good. Green apples with hints of pineapple and minerals, some apple pie like sweetness as well, on the nose.

7.50 euros for a glass at the hotel bar. Ridiculously high.

Palates suitably warmed up, the race over, we partook a five course degustation dinner at Bandol Sur Mer, with wines (and cidre) by the glass, paired by the sommelier (who did a great job, kudos). 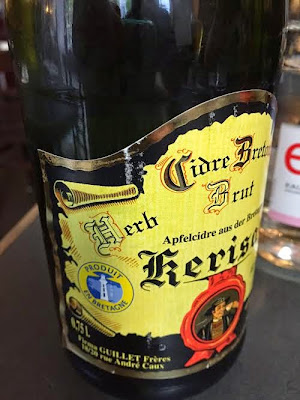 A really serious cider, very deep, the apple flavors morphed by earthy notes, yet retaining their purity. I don't know how to say it without sounding like a snob, but this is just as serious as any Bourgogne Premier Cru or a good n.v. Champagne. 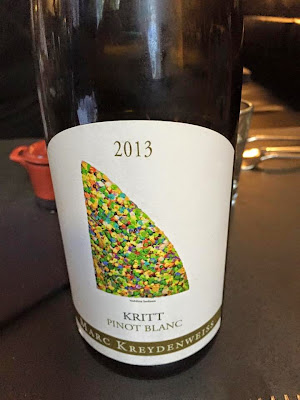 Limpid yet spicy, seemingly neutral at first but not so, quite characterful in fact, with quince fruit. Very Alsatian yet mellower than a Pinot Gris or Gewurztraminer and very delicious. 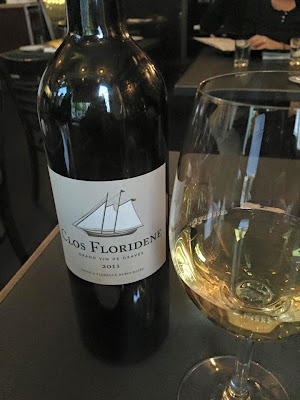 A funky, almost reductive character. Air brings out melons, with a mineral streak. It really needs the air to allow the minerals assert themselves . At that point, it's very appealing and the nose in its own right is a knockout. 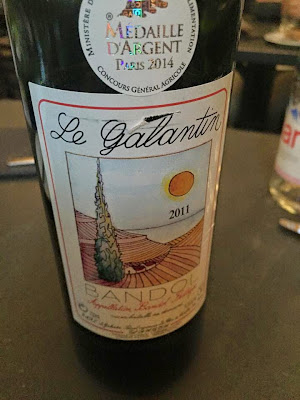 Smoky, meaty and young. Very good fruit and wine-making that doesn't rely on any mirrors and smoke. I understand where it's coming from and where it's going and enjoy glimpses of its early past, its present and the hints of its future. 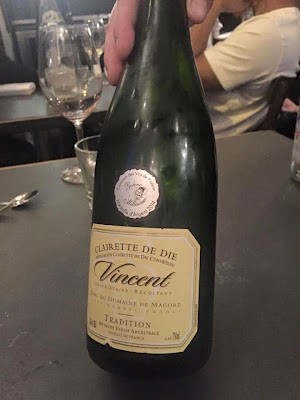 Interesting, a DOC that is totally new to me. Not that I've tried every single French appellation, but I've at least heard of a large majority and I didn't even recognize the name, despite the many times I've read the France chapter in Hugh Johnson's Wine Pocketbook from start to end. This is a dessert bubbly, very pretty and intriguing, with herbal/floral accents, limes, guayavas, almost like a sparkling Scheurebe.
Brocard Clos Floridene Domaine de Magord Guillet Frères Le Galantin Leitz Marc Kreydenweiss Von Winning Wegeler