This is lovely. Sous bois with a hint of minerals, with supple tannins providing a soft, yet insistent frame. Succulent, saline and deceptively easy to drink, with a pleasant touch of greenness. I like this style of Bourgogne, light and fruity, yet complex and earthy, with a perfume and finish that grow more complex and persistent with time. (Dec. 8, 2014)

Eran Pick has it made. Not only is this lovely wine full of life and energy, encasing pamplemousse and gooseberry within an elegant framework of minerals, not only does it cloak its 14% ABV -  it also has me jotting down a shopping list of Sauvignons to try or re-visit. The last minor wonder is in the way it pushes the fruit to the forefront without any loss of restraint or composure. (Dec. 13, 2014)

This is just as tasty and heartwarming as the Rully, perhaps slightly more rustic (the tannins more pronounced, the finish meatier) and yet flowery at the same time. If the Jacqueson whites are as good, I may have just discovered a new best friend. (Dec. 15, 2014)

The guy's a genius. I don't know how Orence de Beler manages to inject magic into each of his wines, but they're all special and intriguing. This Macon, for example, is perhaps the best Gamay wine I've ever had, its
funky, sour fruit full of complex earthy aromas and flavors, with a dash of black pepper. It manages to convey density, while remaining light of foot, which I think is common to Orence's wines. (Dec. 16, 2014)

At the last moment, Mark Chapman's hand trembled and the bullet missed its mark. Shaken to his very soul by the close encounter with death, John Lennon once again retired from music. He took Yoko and Sean as far away as he could and eventually found solace in the Mosel. After three decades of working the vineyards and winery as a simple laborer, John finally bought into a partnership with Johannes Selbach. 2012 was his first vintage, and one can almost find echoes of "In My Life" in the fragile, crystal beauty of this kabinett. (Dec. 17, 2014)

I could quit writing notes after peaking with the above... but of course I won't.

I picked this up at Madrid, after firmly deciding not to buy any of the usual suspects (i.e., Rioja, Ribera and the like). As I was ti fund out, it's very hard to pick out something new and seemingly exciting while keeping away from stuff with suspiciously high alcohol levels. This, however, seemed safe at 13.5 ABV. It took a while to track down the details. Raul Pérez is a roaming winemaker in the Bierzo region, consulting all over the place. Ultreia is his own label and he makes a few different bottlings of Mencia, single vineyards, old vine versions. This is probably the basic cuvee, but it's really hard to Google - my best guess is the high end cuvees are exported and more widely discussed online, whereas the basic version is sold locally.

Anyway, this is obviously, but not blatantly oaky, which would have been more bearable had I not entertained hopes of avoiding the oak along with the alcohol. Even though there's decent complexity and interesting things going on beneath the oak, it lacks the clarity, vividness and freshness I look for. It wouldn't have been so bad had I not been so enchanted with some Portugese reds available locally for a similar price. (Dec. 20, 2014) 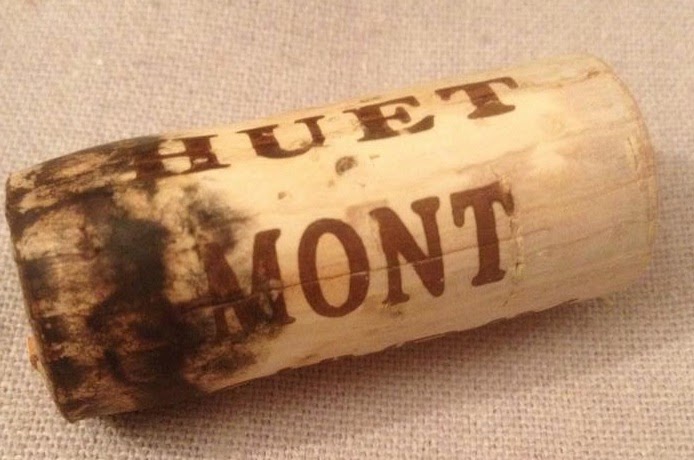 This is so fresh and light colored I doubt I'd have been able to call it as a 2002 in a blind tasting, yet it has a depth and complexity that only time can bring. First, the "my wet wool sweater got covered in honey" effect that is hinted at in a young Chenin is very much pronounced here. Then, there's a smoked Atlantic salt -  you know, just to check if you're paying attention. And that's just the aromatics. The palate strikes a lovely mix of sweetness and salinity, hinting at orange confiture and green tea. You probably get the idea idea: this just went on and on all night, like a love man who won't quit. (Dec. 25, 2014)

This is showing wonderful purity and typicity, full of fresh, peppery black fruit, silky tannins and juicy acidity. A lovely showing, the best I've ever had from this house's Crozes bottlings, and I especially love the bacon fat and the soft, languid mid-palate. (Dec. 30, 2014)