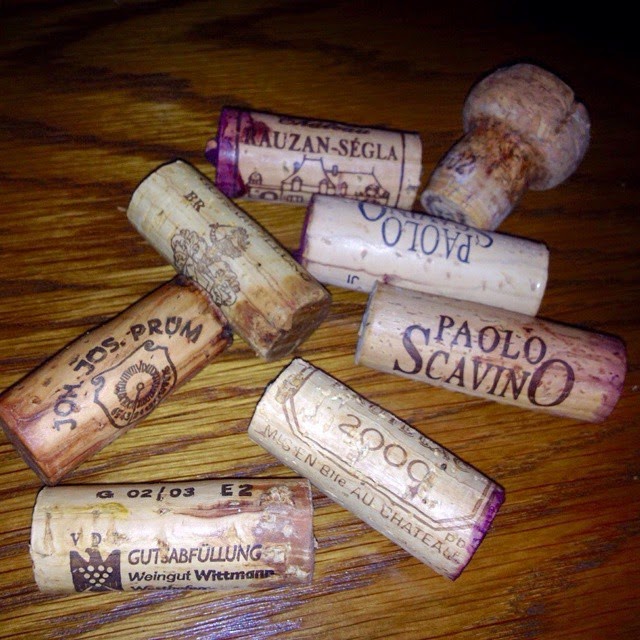 Champagne=love. Gimmonet Special Club=love at first sight, and then forever. This is very refined, with a nose probably still as fresh as when it was first disgorged, with minerals and brioche, an effect carried over on the palate. The essence of elegance.

My notes show I always like the Wittmann GG's, even if I wouldn't call it mad, gushing love. This has a fine melange of petrol, dill, apples and slate, as well as a great sense of focus and a light hint of sweetness on the lovely complex finish.

Our appetite for German Riesling suitably whetted by the dry rendition, we moved on to a flight of Auslese by two masters.

While more complex than the Prum, this comes off a little tired - actually, way more tired than I'd have thought a 2001 Donnhoff Auslese had any right to be. Just blame it on the dry cork. An interesting nose, though, with tea, minerals and a funk I can't quite elucidate.

Next up, two Barolos that strayed so far from the reputation of their maker I could hardly even write up a note. .

Both were deep in the ripe end of the classical idiom, with a forced extraction not that palatable to me. In short, a minor fiasco 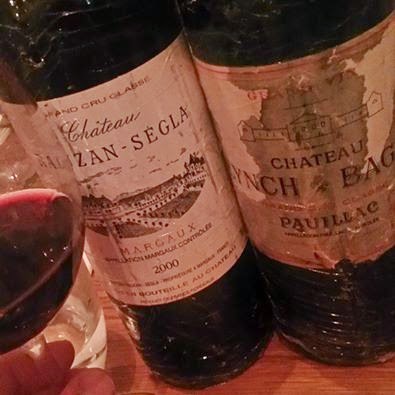 Can't beat a great Bordeaux vintage for blowing your blues away. Not only did this flight throw the dull, foursquare impression made by the Barolos into even greater relief, it was a short seminar on the stylistic differences between Pauillac and Margaux.

A very classic claret, with blackcurrants, cedar and earth melded with typical Margaux elegance. Not only is it more drinkable than the Lynch Bages, its trappings are much more obvious.

This is still tannic, needing more time in glass to show the grand power of Pauillac in its facade of tobacco, coffee and a hint of meat. Both the Lynch Bages and the Rauzan-Segla have wonderful acidity and still need 5-10 years to peak.

At first sniff and sip, a cut above the other Rieslings. Deeper and purer, with enervating acidity. It is, however, at that monolithic stage in a great Riesling's revolution that you just yearn for a time machine.
Donnhoff J.J. Prum Lynch-Bages Paolo Scavino Pierre Gimonnet Rauzan-Segla Weingut Wittman Willi Schaefer

Rani said…
The 2002 Wittmann wasn't really GG but "Spatelese Trocken", which is more of a technicality than anything else - GG designation hadn't existed back then, but it's the same wine named GG today.

urgent loan offer said…
We offer a wide range of financial services which includes: Business Planning, Commercial and Development Finance, Properties and Mortgages,Debt Consolidation Loans, Business Loans, Private loans,car loans, hotel loans, student loans, personal loans Home Refinancing Loans with low interest rate at 3% per annul for individuals, companies and corporate bodies. Get the best for your family and own your dream home as well with our General Loan scheme. Interested applicants should Contact us via email: (creditloan11@gmail.com)
December 1, 2018 at 6:38 AM