First time in ages I've enjoyed this stuff in any way. it's ripe, almost raiseny, not really my type, but there's an Old World, leathery charm to it. It's brawny but not too blowsy or sweet, with the prerequisite dusty garrigue on the nose. Is CdP the wine world version of a B movie? (Dec. 3, 2013)

While this, this will be the first of many to come: 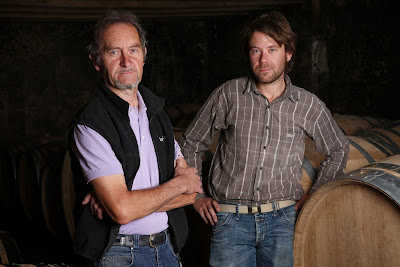 I finally get a chance to sit down with a bottle from Eldad Levy's Loire offering. This is the entry level bottling from one of the Bourgueil stars and shows nubile, flowery fruit, as red as you'd expect from Cabernet Franc, although with little of the green that is usually the criticism aimed at the variety. A tasty, sanguine wine, with a decent depth and a savory touch of smoky minerals lending interest, that fleshes out with air. This is as refreshing as the Vieille Julienne was plodding. (Dec. 4, 2013)

The Coudraye's companion in Eldad Levy's Loire catalog. It's much less ready, and while it is tasty and impressive due to it's length and substance, it is too rough to give the same level of enjoyment and pleasure at this time. The 2009 was such a terrific drop earlier this year that I am sure this just needs more time. (Dec. 6, 2013)

After experimenting with the varieties in previous vintages, Ido finally nails it, and, with the mother winery Recanati's Carignan and Syrah-Viogner, points the way for Israeli red wines. This is a Syrah-Petit Syrah-Carignan blend and is a vibrant, succulent bottle of juice that highlights the warmth of the land without succumbing to over-ripeness. The nose shows black pepper and cranberries, while the palate is even better, with a long, complex finish. (Dec. 7, 2013)

A terrific little wine! A great nose of flint and peaches that wouldn't be out of place in Puligny, followed by a palate that juggles fat, saline and crisp and ends on a pleasantly saline, slightly bitter note. I can't believe this wine is served in both NOPI and in a mediocre sport bar in Bedford (where it goes for 8 dollars a glass). (Dec. 11, 2013)

The month was mostly good so far, but this sucked: 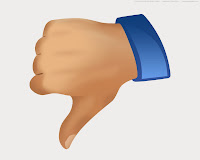 A mediocre vintage in the Ribera, and it shows, because while the nose offers a certain Old World funk, I would characterize the palate as unpleasantly stingy. (Dec. 14, 2013)

About 35 Euros in Madrid.

Luckily, back on track:

A fine, regal, nose, focused and clear, chiming in with green apples, peaches, slate, flowers, mint and a dash of Atlantic salt (and achieving excellent complexity), all echoed with great purity and transparency on the airy, elegant palate, where the long, saline finish is a sublime coda. Classic Spätlese simply doesn't get a lot better than this youngster! (Dec. 17, 2013)

The Nerello Mascalese is labelled either the Bourgogne or the Barolo of Sicily, depending on the wine or taster in question I suppose. Me,I usually find the Terre Nere single vineyards to lean towards Pinot, while this usually rings a few Nebbiolo associations. Such was the case with the 2010 and is true here as well, with a similar impression of black fruits and tar. A very nice wine, with dusty tannins and spicy fruit filling out a lean frame. (Dec. 20, 2013)

This precocious youngster shows the succulent fruit of the best of the AOC and a very pretty nose with meat, black pepper, flowers, and a mineral strand. Meanwhile, the palate has a tangy acidity that, along with the savory tannins, makes for a tasty, classic impression. (Dec. 21, 2013)

Giaconda - usually I would hesitate to pay 220 NIS for a St. Joseph, but Cuilleron makes great wines.

Odd what only three months have wrought. This is now about tropical fruits tamed by an overlay of sculptor's clay, with a finish of bitter almonds that I usually find in Italian whites. Lovely to sniff, but  much less to my tastes than the last bottle.(Dec. 23, 2013)

The elegant breed of the Mosel, in a somewhat idiom riper than usual. There's the typical apples, dill and slate on the nose, but with tropical fruit and even a hint of botrytis that I didn't expect in a Spatlese. While the palate is not as racy as I'd like, it certainly is very clear, deep and pure, and offers an attractive touch of salt on the finish.(Dec. 24, 2013)

A gorgeously typical Nebbiolo nose: red fruit, tobacco, tar and spices. The palate is all about Old World tastefulness and tastiness, with a ripe acidity that counterpoints the dusty tannins. (Dec. 28, 2013)

I wanted a fresh Champagne for New Year's Eve, one that would be more about immediacy than the depth of a vintage wine, and this fits the bill, striking a balance between freshness and depth, with all the typical accruements of Champagne: apples, some toast and minerals. Cheers! (Dec. 31, 2013)