This is the wine (yes, not the Special Reserve) that put Recanati on the map, about nine years ago. Because it was the first time the winery made a unique statement, going outside the Bordeaux mold, making it the forerunner of the contemporary trend of using so-called Mediterranean varieties. Nowadays, it pales besides the Carignan and Syrah/Viognier, seemingly a throwback to Lewis Pasco days, when the reds were rather riper and sweeter than they are today. That is to say, this is rather a local crowd pleaser due to its jamminess. But it's fine in its way, and the ripeness of the cranberry inflected fruit is nicely complemented by a peppery overlay. All of which is probably representative of the grapes involved rather than the winemakers' stylistic choices, and it's a tasty wine anyways. (Nov. 1, 2013)

Hugel is more or less my favorite producer in Alsace, these days. Case in point is this complex, purebred Grand Cru, which marries clarity and depth with mature complexity and still-youthful vigor. At this point, the fruit plays barely second fiddle. Petrol dominates the nose at first, then makes way to dill, sea air and quartz. The palate is long and spicy, and the typical Alsatian quinine backbone leaves enough room for the complexity of the fruit to assert itself on the light, airy frame. (Nov. 2, 2013)

Nice nose, showing charred meat and black fruit; it's almost Old World in a way, and makes me wish the palate was as intriguing. However, the palate is ripe and thick, like most GWH wines, but saline, unlike most of them; and even though it contains its high alcohol content decently well, as the GHW wines usually do, it lacks breed and freshness. Having said all that, despite the constraints of the house style, this is an interesting expansion of the lineup and might repay further experiments, should the ABV ever go down to a more manageable and palatable level. (Nov. 8, 2013)

For my love's birthday: 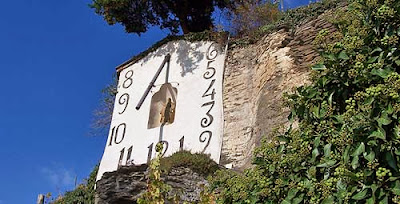 Mature and elegant, with deep aromas of chalk and slate, apples morphing into peaches, mint, a hint of Atlantic salt. The aromas are echoed on the palate, which is finely and harmonically wrought. Perhaps it lacks some intensity, but it's very pure and true to its origin, and time only brings out its breed and class. (Nov. 9, 2013)

2007 was a mediocre vintage, while Ormes de Pez hasn't been a household name since it was Hugh Johnson's father's household wine, so likely this is now as good as it will ever get, offering a typical St. Estephe experience. It's earthy, slightly bretty, and all grunge. While the nose is perfumed, detailed and decently complex, and the palate has a balanced mix of fair acidity, crunchy fruit and dusty tannins, there isn't a whole lot of high pedigree in it. Having said all that, Lynch-Bages owner Jean Michel Cazes' dollars show - in Hugh Johnson's father's time, it wouldn't have gotten even this far in a vintage of comparable climate. (Nov. 10, 2013)

This blend of Syrah, Petit Syrah and Carignan is warm and friendly, the kind of mellow wines the wineries I follow aim for these days. Although I'd say it doesn't achieve the kind of balance between fruit and tannins my faves tend to reach, I still enjoyed having it on my table and drinking a couple of glasses. (Nov. 12, 2013)

A crisp, slightly saline, bone-dry Riesling, with just a hint of sweetness on the finish, leaning towards the grapefruit end of the fruit spectrum, with an overlay of petrol. This won't ever cause me to break out in cold sweat, but it's just as good as any imported regional Riesling at a comparable price. (Nov. 29, 2013)

Earth, leather. Sweet fruit, but elegant. The Syrah seems to lurk behind the Cabernet and the Merlot. I'm still going to wait a couple more years until I start digging into my own cache. (Nov. 30, 2013)

Ripe and friendly, with a rather surprising tannic/saline bite. Delicate blue fruit, which I don't run into a lot. Not my style of Syrah, but an impressive expression of fruity, flowery Syrah. (Nov. 30, 2013)

Ready at last, with excellent length and complexity, combining an earthy intensity with delicacy. A classic Bourgogne, the kind I really love, with a depth of fruit that belies the medium frame. Very tasty, especially the saline, palate-cleansing finish. (Nov. 30, 2013)