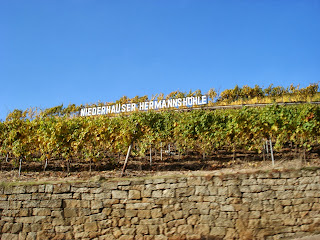 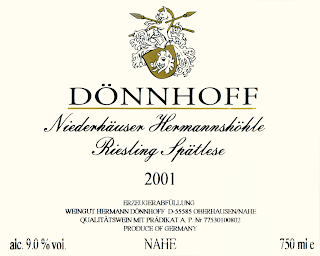 Lilach Raveh guest starred at the Halutzim 3 bistro this weekend, which served as a good excuse to drag Efrat along to taste her terrific Thai ware.


This is one of the purest expressions of Rieslings you can find (and would actually belong in my Autumn Of Riesling post, if I hadn't already posted it by the time we made it to the Thai event): one of the greatest sites in Germany, one of the greatest producers of Germany and one of the greatest vintages in Germany over the last two or three decades at least. Everything here is insinuated and delicate, the mineral backbone in particular sketching an echo of a memory that scratches at the consciousness rather than speaking at any louder than a low conversational volume. Sometimes a murmur can express a mouthful - and the amazing thing is it that the Hermannshöhle's whispers more than stand up to the spicy Thai food Lilach served at Halutzim 3 this night, probably because the green apples/citrus/tropical fruit coasts on a pipeline of juicy acidity to a very long, saline finish that easily finesses the food.