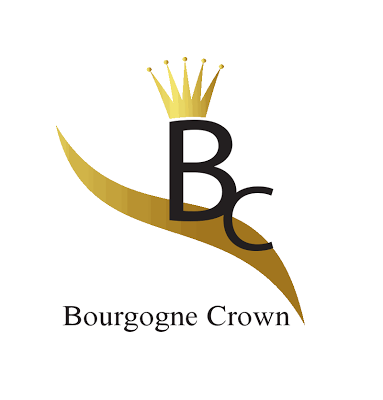 My wine friends Daniel Lifshitz and Dan Roman have recently turned wine entrepreneurs and followed their hearts to Burgundy, where they picked up a small portfolio of small, interesting domaines. I can't speak for the entire local market, but this is what this consumer has been looking for: small producers from the smaller appellations that offer well made wines with site-specific characteristics. I can't splurge for a lot of Premier Crus anymore, let alone Grand Crus, and while the pricesat Bpurgogne Crown  are not cheap enough to aim at every day wines for the masses, I can still find enough room in the budget to allow me a glimpse at the produce of towns like Saint Aubin, Saint Romain, Savigny - as well as some idiosyncratic Aligotes.

Their site is here.

This is from the bottom of the pecking order and there shouldn't be a whole lot to write about it, except it's fresh and crisp and mineral, vaguely lime-y and simply fun. And the finish is remarkably long and complex for such a light wine. (Jan. 7, 2013)

This Vieilles Vignes bottling is an interesting eample why we wine geeks salivate when we spot these Old Vines cuvees. Certainly, this is more intense than the Matrot, and displays the Meursault origins of the domaine in a certain light nuttiness on the nose. I'm not saying you'd be likely to mistake this for a Chardonnay (too lime-y and too tart, nowhere near chubby enough to be a Chardonnay), but I do think you'd spot the village. And it it's so clear and focused, the saline finish so convincing, I was sure the Aligote is planted in Villages level vineyards, but Daniel says not. So chalk it all up to the age of the vines. (Jan. 11, 2013)

A gorgeously young Burgundy, with sous bois notes and typically exotic spices on the nose - and a delicate lattice of soft tannins that right now is smothering the fruit somewhat, although not enough to obscure its quality nor its sanguine finish. (Jan. 13, 2013)

The above were drunk in the comfort of my own home, and I must say they're very much the kind of wines I like to drink at home. They feel cozy. The following wines were drunk on Jan. 16, at an event that Daniel and Dan put together at Habasta, which is sort of a(n expensive) home away from home.

Full, not over ripe. Oaky and closed and not much in it right now. I can't even get a good notion of its Chambolle-ness.

350 NIS. I want to say something about the price here. This would be a terrific price for a more famous Premier Cru, such as Epenots, Pezerolles, Rugiens. Largilliere is such an obscure vineyard, however, that it's not even mentioned in Clive Coates' Cote d'Or, so even though I trust Daniel's tastes, I was wary of buying a bottle until I tasted it. After the fact, I think it's a good buy.

More complex than the village. I tasted it in passing, but this has nice presence and potential.

I've been leaning towards this kind of white Burgundy for a while. Well made juice from the lower end of the Burgundy pecking order, that offers the Burgundy experience at a lower level of intensity and complexity, some sense of origin - and no need to age and risk the Curse Of The Premox! This specimen has good fruit, slightly pungent aromatics of flint and dried grass, a light touch and welcome salinity. (Jan. 18, 2013)

The back label on the bottle includes a map of the domaine's general neighborhood - Chassagne, Puligny and Saint Aubin - and apparently Les Chatainger is right next to Saint Aubin villages vineyard Saint-Aubin.

2GrandCru said…
I suppose I was sloppy. Coates' mentions the vineyard by name but doesn't write anything much because he said he'd never tasted much of it.
January 20, 2013 at 6:14 PM