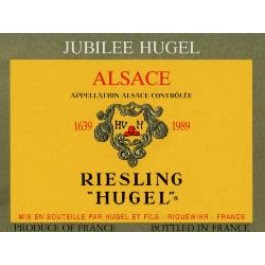 The Schonleber Halenbergs are not just great wines, they soothing wines and the 2007 is particularly ethereal, with its granny apples, slate, dill and a hint of petrol - which is the quintessential grocery list. The balance on the palate is so fine that it strengthens my opinion that in the hands of a Schonleber or a Donnhoff, the Nahe is the Teutonic version of St. Julien. And it's so refreshing that it belies and perhaps obscures its own complexity and depth. A classic.(Sept. 1, 2012)

In retrospect, soothing is exactly what I needed. The day after we drank the Halenberg, I plunged into a two day vortex of round the clock work. Re-reading my notes, the contrast between the peace and quiet of Saturday night and the chaos of Sunday and Monday is astonishing.

This here has a fine nose that is as nutty as the best the Cote de Beaune would have to offer, and just as flint and toast laden. Beyond that, it is all Chenin: apricots, green apples and a hint of cherries on the nose, then a lean, steely body culminating in a dry, chalky, saline finish. Ah, charming. (Sept. 7, 2012)

Because I've been exploring Israeli wines lately, and specifically enjoyed Barkan's Asemblage series, I was curious about the Altitude. Which is rather ripe and sweet, as it turns out, and very soft. But air brings out some mitigating factors: some herbal notes, figs, good tannins spicing the fruit through its solid length. Balanced within its ripe, sweet idiom. Served too warm at Joya Herzeliya. (Sept. 14, 2012)

A class act that walks the razor's edge between clean Riesling fruit and the fiery chalk and quartz I usually find in other Grand Crus from Alsace (and the only reason this isn't labelled as the Schoenenbourg it is is because the Hugel family eschews the Alsatian Grand Cru system). It's not a harsh wine, but its soft, lithe structure is quite assertive and still tight, and is in a grainy, mineral phase that seems, to me, to require some fine tuning in the bottle. (Sept. 14, 2012)

Not all Israeli Syrahs are as Rhone-like as Recanati's Syrah-Viognier, in fact most of the local Shiraz I've tasted have been fairly Australian in nature and this is no exception, with its candied cherry-berry personality and a touch of black pepper. Maybe it's the grape imposing the style, but this seems like a Lewis Pasco wine. A little hollow and green in mid-palate, yet with good acidity. A crowd pleaser. (Sept. 17, 2012)

Eldad Levi's Austrians Rieslings are like mellower versions of Alsace, easing up on the quinine and letting clean fruit and a complex array of minerals shine. This is a good example, very popular around these parts, that shows both baked and sour apples, fine acidity  and a long finish. (Sept. 21, 2012)

I hadn't noticed that the latest vintages of the Assemblage have been released; I thought I was re-visiting the 2008 when I bought this. So this is a new one and here we go. This is on the ripe side on the nose, even a touch raisiny, but with an earthy, spicy touch that sets the ripeness in a an aromatic frame that I find pleasing. The palate is on the sweet side, but here, too, things work out, as there is a nice streak of acidity on the medium-sized body and tannins that are just firm enough to add structure. (Sept. 22, 2012)

I read an abridged version of "The Three Musketeers" in first or second grade, and one scene that has remained with me ever since is the one where the heroes are attacked during a picnic - which they finish off while killing and maiming their enemies. Great folks. That's while I loved them, and the book. While the Musketeers didn't bring a Sicilian to their luncheon, the Tasari is the style of wine I imagine they drank: tasty and fresh, suffused with enough tobacco and earthy aromas and flavors to be considered hearty, yet light enough for a brunch. (Sept. 25, 2012)

Time for some Chardonnay, I thought, but this is always a rather tricky wine to open just right, as it needs an hour or two to show well. At first, this is rather mute aromatically, and fatter than I'd like, not to say flabby, with an almost oily texture, and quite nutty. Good acidity, good fruit, deep inside, but not showing that well, even with time. (Sept. 26, 2012)

This entry level Gewurtz is more about grapefuit and spices than lychee and rose water and it provides entry level experience without what sophistication Grand Cru Gewurztraminers can provide. In short, it's more about the grape than about Alsace. Pretty good, though. (Sept. 28, 2012)

There's pure, crystalline fruit at the core of this QPR Grand Cru, but it's always initially shrouded by apple peels, peaches and spices - which are fun in themselves, but nothing to hold a light to the focus and depth that this juice transforms into with air time. There's excellent acidity in there that lends the apple fruit a tint of mint and grapefruit. (Sept. 30, 2012).