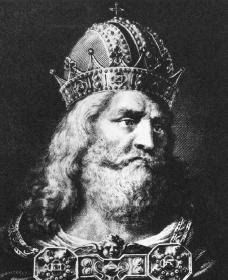 So, once again Daniel Lifshitz twisted a few arms, got some of us to bring some wines, others to subsidize the cheese and breads and piled up a lot of arcane data into a powerpoint presentation. All to highlight the weirdest hill in Burgundy, where plots and sub-plots combine to create a battleground of Pinot vs. Chardonnay, which the Chardonnay proceeds to win hands down.
First, the obligatory appertif:
Deux Montilles, Bourgogne Blanc, 2009
A ripe wine, yet lean and fossil-mineral-laden at the same time. I like.
Burgundy Wine Collection, 110 NIS.
So we all know red Corton sucks, right? Or, to be more politically correct, it is yet to be ascertained whether the Corton Grand Cru AOC justifies its ranking. Because Corton is so iffy, I have rated the samples tasted based on how close they approach the ideal of a Grand Cru. My ideal, anyway.
Lucien Le Moine, Corton Le Clos du Roi, 1999
Band-aid  funk with a surprising sense of poise, coming as it does after the funk. Also some iodine. The palate is beefier, rustic, with roughly hewn tannins. A passable Premier Cru.
It's Le Moine, so it's over-priced.
Michel Picard, Corton, Hospices de Beaune, 2002
A riper nose, almost liquor-ish, all the while retaining its Pinosity, sous bois and salnity. Powerful yet elegant, this doesn't hook, it jabs. An excellent Premier Cru.
Not imported to Israel, about 100 USD
Bonneau du Martray, Corton, 2002
An unrewarding nose: overt band- aid and a roasted fruit profile; and a one dimensional palate. A mediocre Villages, which I carried for Daniel from London.
Not imported to Israel.
Joseph Drouhin, Corton-Bressandes, 2006
The funk is minerally here, gun powdery, a la de Montille. Very good, almost a Grand Cru.
Scottish Company, about 400 NIS?
And now the whites. Corton-Charlemagne is the last affordable white Grand Cru. Except for Chablis, which is played out on a different field.
Vincent Girardin, Corton-Charlemagne, 2004
Honeyed, flinty Bourgogne, with some sesame oil. Dense and multi-layered, yet elegant. Very detailed on both nose and palate - and very, very long.
WineRoute, about 500 NIS.
De Montille, Corton-Charlemagne, 2007
Just how tight is this? Catholic-anal tight? Dunno. Or maybe this just proves Etienne's lack of jism with whites. Furthermore, it's debateable how typical a Corton-Charlemagne this will evolve into. But it still manages to be tasty.
Burgundy Wine Collection, 620 NIS.
Bouchard, Corton-Charlemagne, 2006
Closed too. I don't think it really matters how good it might turn out to be, because right now I just can't gauge it. But recalling how good the 2004 is, I'd assume this will turn out alright, too.
WineRoute, about 600-700 NIS.
Joseph Drouhin, Corton-Charlemagne, 2008
A slightly, just slightly, slutty nose with fossil-boned aromas. The complexity builds up exponentially. An elegant, honeyed palate, culminating in a dense, sweetly spicy finish. This, and the Girardin, were the evening's winners.
Scottish Company, I didn't catch the price.
Bonneau du Martray, Corton-Charlemagne, 1991
The nose presents lovely bottle stink, while the palate is one long, lovely, subtle understatement. Arguably a bit past its best but still one hell of a treat.
Price unknown.
Bonneau du Martray Bouchard Deux Montilles Etienne de Montille Joseph Drouhin Lucien Le Moine Michel Picard Vincent Girardin