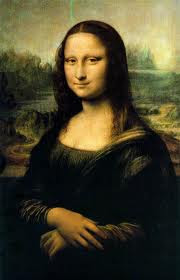 Is it very obvious that Anat and Rafaella
from Giaconda delivered my stash this month?
Huet, Vouvray, Le Haut-Lieu, Demi-Sec, 2009
My first Huet, ever. The nose is melons elegantly laced with minerals. By now, the character of Loire Chenin minerality is blatantly specific, to me, after three years of perusing the stuff, and here it shows a wet clay surprisingly complemented by a substratum of quasi-Chablis marine fossils. The palate is yummy and carries its 14% ABV quite deftly. Now, as much I like the grape when it hails from its homeland, I sometimes find rough on the palate, requiring me to sustain a very certain mood when approaching it - but this is more refined than any specimen I've tasted so far. Although the quirky Chenin acidity still needs time to tame. (Nov. 1, 2011)
Giaconda, 165 NIS.
Bourillon d'Orleans, Vouvray, Moelleux, Art Monia, 2003
This, of course, is a Vouvray I'm very familiar with. It shows the same aromatic signature of sculptor's clay, and there's fruit that's mellow with maturity and yet still has a pungent/spicy kick on both nose and palate. The structure shows no sign of fraying after eight years and offers a lightly bitter and spicy finish that saves the sweetness from becoming unctuous. (Nov. 3, 2011)
Giaconda, 130 NIS.
Domaine Guiberteau, Samaur, 2009
Fragrant red fruit, tart but not sharp, laced with minerals, tobacco leaves and forest floor, medium-bodied with prominent, yet savory tannins, the bright acidity keeping the groove on the one. I'll always have room for wines like this at home. (Nov. 5, 2011)
Giaconda, about 120 NIS.
I wanted to continue with the Loire but opted to take a detour through Alsace. I haven't been there in a while.
Albert Boxler, Riesling, Vieilles Vignes, 2007
The nose has honeyed apples, a fascinating herbal/soupy overlay and even petrol notes. Don't Alsatians seem to show petrol earlier in life than Germans? The palate is very fresh, with a core of sweet fruit braced by lively, green apple acidity. It's fairly complex but more than that, it's pure of fruit and expression and drinking well now, with a sweet/saline finish. (Nov. 8, 2011)
Giaconda, 140 NIS.
At this point, I let other importers share the floor. Starting with a bistro-style Beaujolais I brought to a family dinner.
Georges Dubeouf, Fleurie, Flower Label, 2010
I bought this on discount, thinking it was thee 2009, which I'd been meaning to re-purchase. Not a huge mistake, as I'd heard 2010 was another good vintage, but I was disappointed as I'd been looking forward to buying a somewhat more mature wine. Whatever, this is nicely tasty with black raspberries and a layer of pungent minerals and serviced the food quite heartily. What it lacked, sadly, was that touch of jism that makes Beaujolais lovers so hung up about the style and place. (Nov.11, 2011)
WineRoute, 65 NIS on sale.
Deux Montilles, Bourgogne Rouge, 2008
The Burgundian caste system breaks down with boutique wineries like the Montille siblings', because I think Bourgogne fans don't pay over 30 USD for a generic wine from an artisan outfit such as this without at least some interest in the origin. Case in point: I was hankering for a red B and remembered this as being soft in a Cote de Beaune way (as opposed to my other candidate, the Villaine Fortune, which is actually close to the Nuits, style-wise) and its very specificity made me curious. Whatever, this is light and spicy, with an appealing gaminess, gentle and soft, without being wimpy in any way whatsoever. The most obvious sign of its lowly origins is some stemminess in the background (besides the light frame, that is, but there are plenty of big names who show similar delicateness), but it's tempered nicely by the juicy acidity of the fruit and anyway, just serve it with the right food and no worries. (Nov. 12, 2011)
Burgundy Wine Collection, 110 NIS.
Dr. Loosen, "L", 2009
If you ever wanted a bistro-wine version of the Mosel, then this is it. Slate, apples, slightly saline, utterly thirst-quenching - this is actually the first time I'd ever opened a wine because I was thirsty. (Nov. 13, 2011)
WineRoute, 2 for 100 NIS deal.
And back to the Loire.
Domaine des Baumard, Coteaux du Layon, Carte d'Or, 2005
This concoction of cantaloup and botrytis is finally letting its relatively low acidity catch up with it. Not that it's fallen off a cliff or anything, more that I can sense a slightly downward slope for the first time, even as its Chenin character asserts itself as spicy honey and wet wool. (Nov. 15, 2011)
Giaconda, 117 NIS.
A couple, by the glass in Legal Seafood, Burlington Mall.
Dr. Loosen, Gray Slate, 2010
Very appley-y, even somewhat grape-y, aromas and flavors, without any overt sign of the acidity that I'd been warned about in 2010's. (Nov. 22, 2011)
About 10.5 USD by the glass.
Claude Branger, Muscadet Sevre et Maine, Le Fils de Gras Moutons, 2010
If Chablis was bred of lime and pond water instead of apples and sea water, this is what it'd taste like. And this is just the basic cuvee. (Nov. 22, 2011)
About 7.5 USD by the glass.
Chateau Thivin, Cote de Brouilly, 2010
Your basic, primal Beaujolais Cru at this stage: the nose hints at meaty complexity but on the palate it is rustic without being crude, well-endowed and tasty but still one-dimensional. Thus, adolescently charming, even if I do find a distracting band-aid streak in the mix. (Nov. 26, 2011)
Gordon Wines, 25 USD.
Albert Boxler Bourillon d'Orleans Chateau Thivin Claude Branger Deux Montilles Domaine des Baumard Domaine Guiberteau Dr. Loosen Georges Dubeouf Huet

Joel said…
Have you ever, or would you recommend drinking the Bourillon d'Orleans, Vouvray, Moelleux, Art Monia, 2003 with good brick-oven pizza? Just curious, because its a candidate for wines to have a the new Neapolitan pizzaria on Ibn Gvirol. The description makes it sound credible, though certainly unconventional.
December 11, 2011 at 12:04 PM