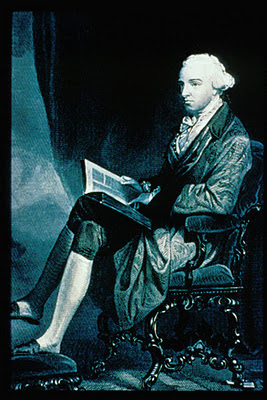 The bored aristocrat
For the time being, I still subscribe to the conventional point of view that the famous Clos is not the grandest Grand Cru around. It's consistent, in the hands of good producers anyway, and tasty, but despite the Cistercian origins of the vineyard, I think the wines themselves are very businessman-like in nature; while the pedigree is certainly present, I've found it to be the kind of stolid pedigree that infects the aristocracy with ennui.
This tasting did little to change my mind, even though the wines were high class and delicious and expressed both terroir and the makers' signatures. Actually, one wine was truly a Grand Cru, for my nose and palate - it was the sole wine to display vivid imagination and risk-taking.
First, though, a couple of appertifs.
Meo-Camuzet, Bourgogne, 2008
A very worthy Bourgogne, displaying juicy fruit and acidity, with earthy overtones, tart and lean on the palate but a good palate cleanser.
Burgundy Wine Collection, 140 NIS.
A. Et P. De Villaine, Cote Chalonnaise, La Fortune, 2009
The nose is more feral than the Meo-Camuzet, the palate fuller. It, too, shows earthy notes and overall, this showing once again proves why it's my house wine.
Burgundy Wine Collection, 110 NIS.
And now, the Clos de Vogeouts themselves.
Domaine Mongeard-Mugneret, 1998
A complex and lovely nose, very mature yet not decrepit, just about all tertiary notes: forest floor, cola, stuff like that. The palate is complex and tasty, but not as powerful as I'd expect a Grand Cru to be; the structure sticks out like the ribs on an anorectic, instead of complementing and supporting the fruit.
Price unknown.
Domaine de la Vougeraie, 2001
The nose telegraphs potential power, with red fruit tinting towards black, forest floor, leather, exotic spices. Very tasty, and powerful too, but I think it lacks that extra oomph of grandeur.
Burgundy Wine Collection sold the 2008 for 595 NIS.
Robert Arnoux, 2001
Cork taint! Beneath that is potentially good stuff, but beyond a sniff and a sip to verify the TCA, we passed over it, of course.
Price unknown, although I recall WineRoute used to carry Arnoux and perhaps still do.
Jean Grivot, 2004
The minerals and forest floor on the nose are so very Grivot. One of the better red 2004's I've had and the best wine of the evening, due to the spicy kick of the tannic structure. Terrific.
Burgundy Wine Collection sells recent vintages for 640-680 NIS.
Meo-Camuzet, 2001
A ripe nose, bordering on liquerish. Oddly for a not-so-warm year like 2001, this starts out over the top and sweet on the palate, but there many strands of interest, just starting to congeal, that make me feel it is just too young and will show decent elegance in the future.
Burgundy Wine Collection sold the 2008 release for 860 NIS.
Finally, stepping out of the evening's theme:
Dugat-Py, Vosne-Romanee Vieilles Vignes, 2004
The nose presents a complex tapestry of red fruits and minerals and is very impressive, indeed. The palate is ripe and sweet, quite long, and not as complex as the nose.
Burgundy Wine Collection, 580 NIS for recent vintages.
Another Daniel Lifshitz production!
A. Et P. De Villaine Domaine de la Vougeraie Domaine Mongeard-Mugneret Dugat-Py Jean Grivot Meo-Camuzet Robert Arnoux