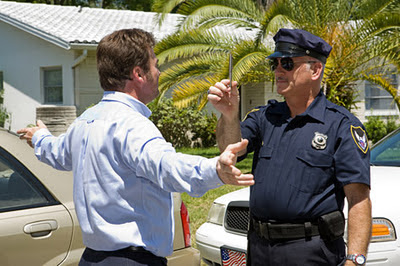 Proving once again, you can't get drunk off Bourgogne!
Deux Montille, Bourgogne, 2008
Sweaty red fruit, earthy with decent complexity and depth, and quite tasty with a measure of juicy acidity. So Alixe does reds well, too. Unless it's Etienne who made this wine.
Burgundy Wine Collection, 110 NIS.
Bouchard, Savigny-Les-Beaune Premier Cru, Les Lavieres, 2007
On the nose: red fruit with great focus, speckled with minerals. Good length and focus on the palate as well. Having said that, the palate feels a little unyielding (although not enough to bar enjoyment, especially when paired with the right food, I would assume).
WineRoute, 150 NIS. Pretty good value.
Montille, Volnay Premier Cru, Les Taillepieds, 2004
Mildew on nose and palate, which kind of overpowers the fruit, so you have to like the style. I liked it, but it felt rather shy to me, until the fruit came forward to blanket the mildew. This split the public opinion - I liked it, but I've had better Montilles. The General Surgeon would have you know that the bottle had landed on the local tarmac the week before.
Burgundy Wine Collection, recent vintages sell for 440 NIS.
Thierry Violot-Guillemard, Pommard Premier Cru, Rugiens, 2004
Observation #1: There are no surprises in Bourgogne, as this unknown producer's bottle will attest. Look, there's a reason why unknowns in Burgundy remain unknown. Observation #2: I think this is an example of why old school Pommard was called soupy. It lacks acidity, but that's the vintage; but the tannic structure is formless, which I think is due to the winemaker.
Not imported, price unknown.
Comte Lafon, Volnay Santenots-Du-Milieu Premier Cru, 2006
Ripe, round, long. It's sweet, but there's a savory backbone that makes it very appealing to me. Yes it's modern and almost too ready and all, but the fruit is joyous and the saline finish enticing. But it is too damn expensive indeed. And not really Volnay, both stylistically and legally, as Volnay-Santenots is actually a red appellation in Meursault.
460 NIS. I like this, and I also liked a Jobard Meursault Premier Cru Rouge I had three years ago, so I guess I like red Meursault, but the Lafon name carries too big a premium here.
Henri Boillot, Volnay Premier Cru, Les Caillerets, 2007
Enticing nose! Complex and full, with red fruit and forest floor. Clean yet animalistic at the same time. The palate is full yet restrained, and despite the ripeness lending a sweet effect, the overall impression is very balanced and harmonious.
WineRoute 530 NIS.
d'Angerville, Volnay Premier Cru, Champans, 2002
The nose carries us back to lean (but not soupy) old school. Elegant and mineral laden. The palate is sparse, not austere mind you, think of a Japanese rock garden. Sleight of hand wine.
Not imported, 80-100 USD, depending on your luck.
Dugat-Py, Pommard, La Levriere, 2004
Armpit of a lusty wench, red fruit and an abundance of minerals. This gets by on sheer presence, but the finish also claims its share of complexity.
Burgundy Wine Collection, 560 NIS - holy receding hairline, as good as this is, it costs more than many a Premier Cru!
Bouchard Comte Lafon Deux Montilles Domaine Henri Boillot Dugat-Py Etienne de Montille Marquis d'Angerville Thierry Violot-Guillemard