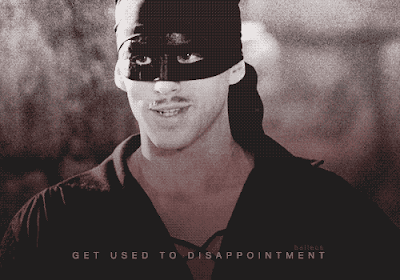 The time proven formula of "BYO in your local restaurant" broke down, as sommelier Aviram Katz has departed for a new employer, Toto. Thus the BYO policy in Rokah is in a state of limbo and my corkage fee hit the ceiling. Look, I don't ask for freebies, but I do expect some consideration as a frequent customer. Given that I can find other fine establishments where I'm given a break on corkage, I think 55 NIS per bottle is excessive.
At least Aviram didn't take the good glasses with him.
Francois Jobard, Meursault, En La Barre, 2004
I really enjoyed this 2 months ago and I'd like to say lightning struck twice, and really, it almost did, except the experience was marred by some oxiditive notes on the nose. It still had plenty of flavor but lacked the zip that a Jobard should have.
Tomer Cal, 280 NIS.
Chateau Clerc-Milon, Pauillac 5me Cru, 1998
I bought this because the price was decent and it seemed like a useful wine to have around: a good, not great, under-rated vintage that should drink early. But, happily, this was a scrappy over-performer, a textbook Left Bank claret, bold, yet restrained, packed with suave black currants - who the fuck does black fruit better than Bordeaux? Tasty, savory tannins, too - who the fuck does tasty tannins better than Bordeaux? A touch grainier than the 1996 (granted, they're both a little rustic, but both have enough fruit to make up for that), this is in a good place right now, but feels like it has at least five years ahead of it.
WineRoute carries these, but then they carry most of the renowned names. This was bought in K&L for about 40-50 USD.
Chateau Canon La Gaffaliere, Saint Emilion Grand Cru Classe, 2000
Wow. Complex, expressive, this makes the best of the Right Bank idiom and a great vintage. My shorthand notes read: "spicy, smoky fruitcake". Very yummy, too. The acidity is on the low side, so while this doesn't lack structure, the overall effect is hedonistic. Don't like Right Bank? This will convert you. This is the first 2000 where I can actually, finally, sense the magic at work, even if a good part of it is still around the corner. Not that I expect many 2000's of this level will be shining already, but happily this one, with a few hours of air, did.
I bought a few bottles of this all over the US, this specific bottle cost 100 USD.
Canon-La-Gaffeliere Chateau Clerc-Milon Francois Jobard