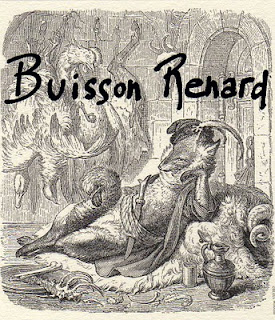 If you're the type of wine geek who is willing to pay white Burgundy Premier Cru prices, you'll find the Dagueneau family domaine offers wines of similar, arguably better quality at the same prices - and my guess is you'd be less severely punished for mis-gauging the drinking window.

If you're encumbered by prejudice and don't take kindly to paying such prices for a Sauvignon Blanc, then pass on through and don't look back.
But you'll miss out on an interesting twist on the fossil-saline paradigm that you might have thought only Chablis Grand Cru can consistently come up with.
Anat Sella and Rafaella Ronen of importer Giaconda opened all the wines three hours prior to our arrival, then decanted each wine for five-ten minutes. They had warned us that the 2005's had the least to offer of the three vintages we tasted, but I found them to be in a wonderful place right now, where they're already drinking well, while hinting at future development.
Blanc Fume de Pouilly, 2005
The nose is powerful, yet a bit one-dimensional, showing grapefruit aromas that verge on lemon, with marine/mineral notes and a hint of smoke. The palate shows greater complexity, with an acid-tinged mineral cut and laden with fossil-like, marine flavors. This is the "entry-level" wine: call it a villages, it could have been the closing wine of any other Sauvignon Blanc tasting. 270 NIS.
Pouilly Fume, Pur Sang, 2005
Both palate and nose are more complex and nuanced than in the previous wine: we're truly in single-vineyard territory now. The aromatics lean further towards the mineral world, with less fruit. Simply a gorgeous nose, Grand Cru class in Chablis terms, arguably a Grand Cru even in Cote d'Or terms. Meanwhile, the palate presents a very complete and balanced whole. 333 NIS and sold out.
Pouilly Fume, Buisson Renard, 2005
There is a stylistic difference here - not a sharp break, though, more of a fork in the road. The quality, however, is on par with the Pur Sang. It's still a very mineral-laden wine, but less marine in nature, with a note of cat's pee. The palate is on the dormant side, with impressive acidity. 360 NIS.
Pouilly Fume, Silex, 2005
The Dagueneau Grand Cru. The nose is even livelier than the previous singles, fruitier and with a herbal tinge the other 05's don't have. The palate is very refined, comprised of subtler strokes. If the Pur Sang and the Renard were John Coltrane, this is Charlie Parker. 495 NIS.
2007 is the only vintage we tasted that I personally wouldn't open right now even if I had a case-ful. The 2005's, as I've written, are showing a wonderful facade of sea-shells and fossils, whereas the 2008's have a healthy, youthful vigor. The 2007's, on the other hand, have a tropical streak that doesn't carry the same virile energy as the other vintages. The quality is there, in other words, just not the X-factor that make the others so captivating.
Blanc Fume de Poilly, 2007
At this stage, this wine has a decisively New World streak on palate and nose, which it can't totally shake off, even though it does start to resemble its 2005 brother in time. Both nose and palate show litchi, gooseberry and a hint of pineapple. The palate is still dis-jointed: the acidity a little vulgar, the fruit slightly sweet-ish. 234 NIS.
Pouilly Fume, Buisson Renard, 2007
This is more like it. The litchi and pineapple are gone and the gooseberry is intriguingly enshrouded by minerals and smoke. There is very pretty fruit and lovely acidity at its core, but right now it's less interesting than the 2005. 315 NIS.
Pouilly Fume, Silex, 2007
If this wine is Dagueneau's yard-stick, then 2007 is indeed another good vintage for the winery, as it is almost as excellent and harmonic as the 2005, albeit less impressive right now. Having said that, it's just taut enough that it's hard to out a finger on what makes the Silex 2007 better and more elegant than the Renard - it just is. 450 NIS.
The 2008's are as exciting and as captivating as the 2005's and terribly delicious. Didier's children did a wonderful job picking up their late father's mantle.
Blanc Fume de Poilly, 2008
The nose is taut yet still reveals the same family mineral signature, despite a certain lack of fruit. I still pick up some gooseberry, though. The palate is fruity, all the same, complemented by minerals. It gets a little tedious writing about all those minerals, yet what can you do? 234 NIS.
Pouilly Fume, Pur Sang, 2008
A terrific, complex nose, full-throttle chalky minerals, without ever becoming a bombshell. More gooseberry. The Pur Sang is my personal favorite of the lot, through the different vintages, and the best priced, all things considered. 297 NIS.
Pouilly Fume, Silex, 2008
Gooseberry, some tropical fruit, with the minerals initially in the background and gaining presence with time. Multi-faceted elegance. 450 NIS and sold out.
Sancerre, Les Monts Dammes, 2008
Dagueneau's sole Sancerre holding presents a different aromatic signature, one that retains the same seal of excellence. Chalkier than the Pouilly Fumes. The palate is rounder and arguably shorter. 405 NIS and sold out.
Jurancon, Les Jardins de Babylone, 2007
This is a dessert wine made of Jurancon's specialty Petit Manseng. A "wow" nose, with a bizarre spicing of which I can only make out cinnamon, that starts out rocking and becomes even wilder with air. Jerry Lee Lewis. Although Anat said there was botrytis in it, I could not find any telltale funk and it resembles an icewine, as it has a similar, fresh acidity, that totally balances its gobs of sweetness. A complex finish tops off a very memorable experience. 531 NIS for a 500 cc bottle. Someone please be kind to me on my birthday.
Didier Dagueneau