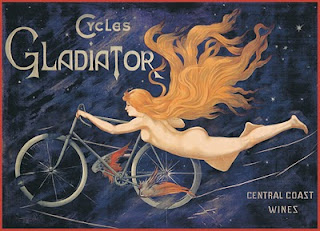 Here are some wines my wife and I drank or tasted on a long overdue, romantic getaway to the City Of Lights. The first three are the most memorable wines that we drunk at bistros and cost 4-6 euros a glass. These were tasty and interesting rather than fancy or profound. The last four are from the vending machine at Lavinia.
Domaine Chanzy, Clos de la Fortune, Bouzeron 2009
A nice wine, light on its feet, that enlightened me on Bouzeron typicty.
Chateau des Tours, Brouilly, 2009
Spicy black fruit with a touch of minerals, soft tannins and a spicy finish. Starts out short but gains length. Nice but not memorable except for being a very useful backdrop to the meal.
Chateau de Beauvau, Muscadet (?), 2008
Uh, I'm not sure exactly which of the Muscadet AOC's this was, but it had very nice aromatics for what I assume was an unpretentious wine, and they kept pulling in for one sniff after another: lime at first then green apples and light hints of chalk that turn into flint. Surprising length and a refreshing mineral cut. Picks up body. Too bad even entry level Muscadets are so rarely imported to Israel.
Domaine Pavelot, Pernard-Venglasses, 2008
Cherries, cranberries, old oak, Bourgogne spices. A light to medium bodied, rather acidic food wine that I like despite being rather harsh on its own. At the end of the day, a wine I suspect that I'd take to in a riper vintage. 17 e
Marquis D'angerville, Volnay Premier Cru, Champans 2006
A wonderful nose with all the lovely Bourgogne spices in full bloom and a touch of mellow earthiness. The palate, despite obvious potential, is not ready at all: it's balanced but still tannic, brooding, disconsolate. It's a very tempting wine due to its depth but prices in Paris make it too high for a wine readily available for lower prices in other markets. 79 e
Finca Villacrecres, Ribera Del Duero, Crianza, Pruno, 2008
Initially, the nose is very fruit forward and overripe before it calms down to show a minerally facet with hints of olives. The palate is grainy, modern yet balanced. A successful wine, especially given its price. 15.20 e
Cycles Gladiator, California, Central Coast, Zinfandel, 2006
Sniffing this wine is like is like reading a Manga after growing up on Superman comics from the sixties - damn hard to abstract. I finally came up with "fruit cake coated with olive tapenade", which received a nod from my wife, despite her misgivings about my pretentiousness. The palate is very tasty and spicy and not overdone, a Zin that finally makes sense. A lovely, lovely surprise! 13 e
Chateau de Beauvau Chateau des Tours Cycles Gladiator Domaine Chanzy Domaine Pavelot Finca Villacrecres Marquis d'Angerville