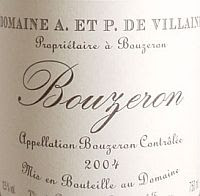 Every critic and wine rag, as well as many bloggers, make lists of their favorite wines of the year and publish them within a few days of the new year. I have no intention of competing with lists like that because I don't have access to many of the stellar wines that star in such lists. Besides, if I were to simply list the best wines that I have personally drunk in 2009, I would just wind up posting about Ran Shapira's birthday party again.
Instead, because I believe wine was meant to be consumed on a daily basis, at home, accompanying food (no matter how much I might enjoy the "Special Occasion" wines), I present here the wines I returned to most often supping at home, majestically offering the missus and the son a sip or two. These are weekday wines I'd consume as much as I could, were I richer and in less need of quality time in the gym during the week.
A. Et P. De Villaine Alain Graillot Bourillon d'Orleans Domaine de la Vougeraie Domaine du Colombier J. L. Chave Koehler-Ruprecht Leitz Marcel Lapierre Perrin et Fils